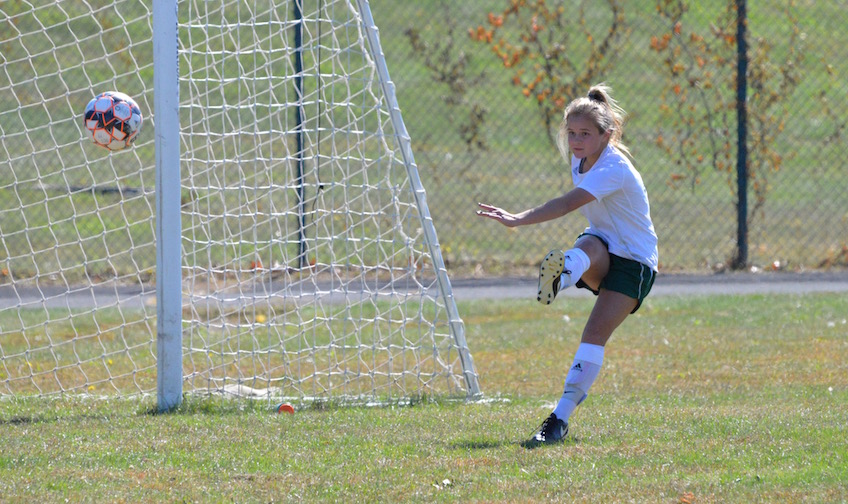 The Lady Cougars will play host to the New England Championship Soccer Tournament on Saturday, October 26th and Sunday, October 27th with all games being played at O'Connell Field. Holyoke is the #1 seed and will square off against #4 Springfield Technical CC (4-6-0 regional record) in the first semifinal at 11am on Saturday. Holyoke won both regular season meetings between the teams by a 7-0 score. In the second semifinal, #2 Bristol CC takes on #3 Massasoit CC (6-4-0 regional record) at 1:30pm. Bristol was victorious in the regular season matchups between the sides, winning 4-0 and 5-1. The winners of each semifinal will advance to Sunday's New England Championship game to be played at 1pm. In case of a Sunday rainout, the final will be played on Monday, October 28th at 2pm. Let's go Cougars!