Regional Final to be Played Monday at HCC 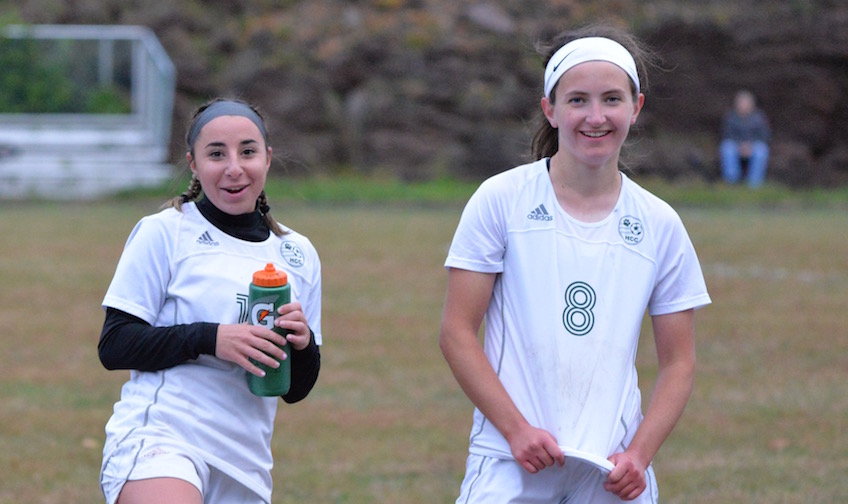 (Holyoke, MA) - The Lady Cougars won their regional semifinal against local rival Springfield Technical CC on Saturday, putting Holyoke through to the New England championship game. The Cougars defeated STCC by a 3-0 score.

Top seeded Holyoke, who is 10-5-2 overall and 10-1-0 in the region, will square off against #2 seeded Bristol CC in the New England championship game. Bristol, who is 11-3-0 overall and 10-1-0 in the region, defeated Massasoit CC 5-1 in their semifinal. The New England championship will be played at HCC's O'Connell Field on Monday, October 28th at 2pm. In their regular season matchups, Holyoke defeated Bristol 2-1 in Holyoke while Bristol won the game in Fall River by the same score. Monday's final will mark the first time that the sides have met in a regional championship game. Let's go Cougars!