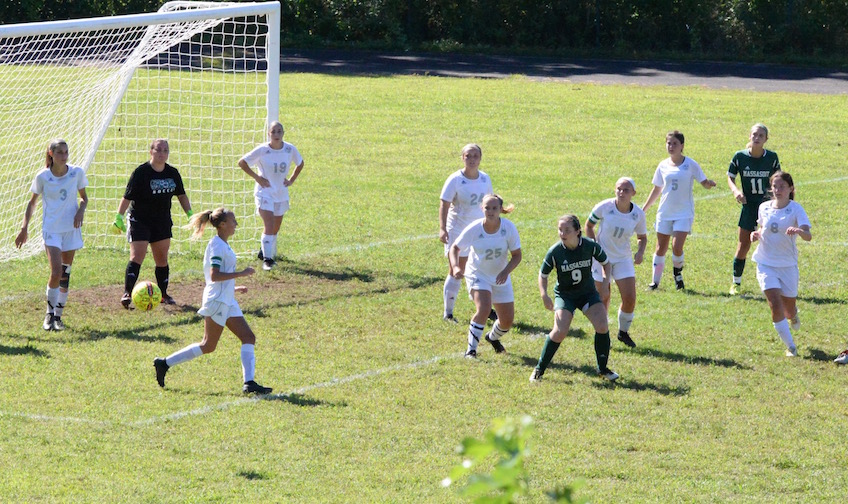 Holyoke CC will be the host location for the 2018 women's soccer New England (Region XXI) Championship Tournament. The Lady Cougars finished in a tie with Massasoit CC for first place in the regional standings, both teams having a 9-1-0 regional record with a 1-1 record against each other. The Cougars become the #2 seed based on predetermined tiebreakers, giving Massasoit the #1 seed.

On Saturday, Holyoke will host a 12pm regional semifinal against surprise #3 seed Bunker Hill CC. During the regular season, the Cougars defeated the Lady Bulldogs of BHCC by scores of 8-0 and 7-0. If the Cougars are victorious on Saturday, they will advance to Sunday's New England Championship game to square off against Massasoit CC at 12pm. Holyoke defeated Massasoit 2-1 in the regular season meeting played at HCC while Massasoit won 3-1 in their matchup played at Massasoit. Let's go Cougars!

Photos: (Main) The Lady Cougars defend a corner kick during their regular season home matchup against Massasoit CC. (Thumbnail) Holyoke taking a cool down run after an early season away game.