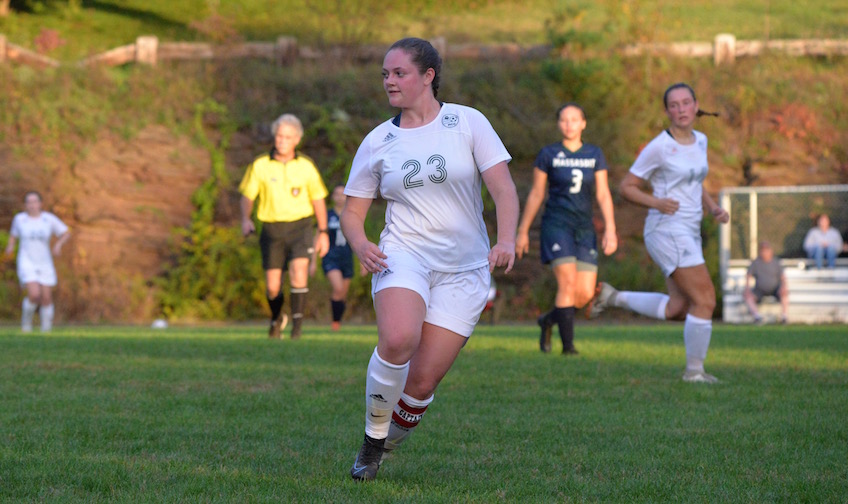 (Fall River, MA) - The Lady Cougars put forth one of their best performances of the season on Saturday evening, earning a 1-1 tie on the road against Bristol CC. The Cougars looked sharp, playing particularly well defensively, on their way to the draw against a team they have struggled against this year. Holyoke hasn't had the success they've expected this season in large part due to a plethora of injuries that has decimated their roster. Three members of the squad were unavailable to play in Saturday's game because of injury.

The Cougars are 2-4-1 regionally and 2-7-2 overall. They will travel to play local rival Springfield Technical CC on Wednesday afternoon at 4pm before closing out the regular season with a pair of games on the weekend. Let's go Cougars!