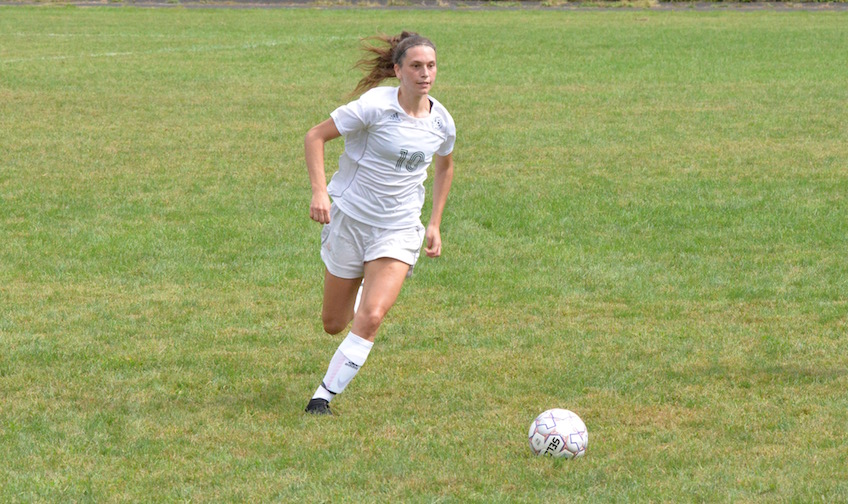 (Springfield, MA) - The Lady Cougars earned a 2-0 shutout victory over local rival Springfield Technical CC on Wednesday afternoon. The Cougars have blanked STCC on three occasions this year and the clean sheet is Holyoke's fourth this season.

The Lady Cougars have a regional record of 3-4-1 and an overall record of 3-7-2. They close out the regular season with a pair of games this weekend, including the finale at home at 1pm on Sunday versus Massasoit CC. The following weekend Holyoke will compete in the New England Championship Tournament where they will attempt to win the crown for a ninth straight season. Let's go Cougars!

Photos: (Main) Grabowski dribbles the ball during an early season home game. (Thumbnail) Hing gets in defensive position during a September game.