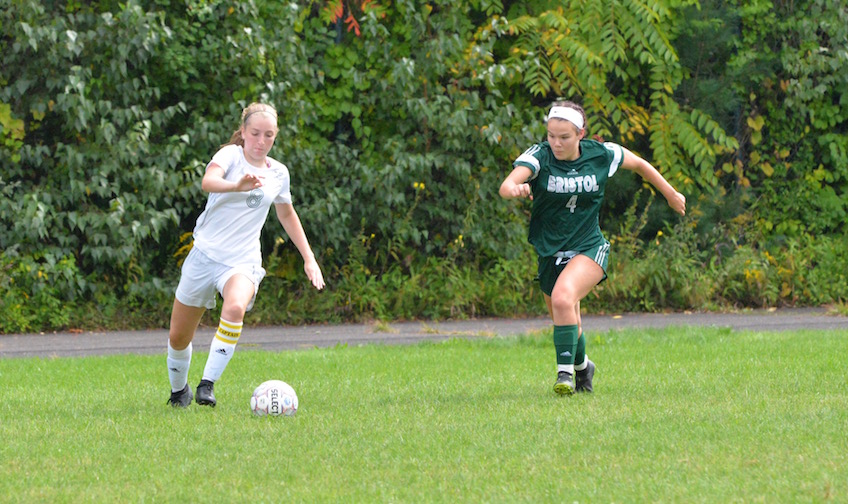 The Lady Cougars soccer team will play in this weekend's New England (Region XXI) Championship Tournament taking place at Massasoit CC in Brockton, MA. The HCC women's soccer program has won the regional championship for eight consecutive years and in 12 of the past 14. The 2021 Cougars enter the tournament as the #3 seed, making this the first time since 2008 that Holyoke has not held one of top two seeds in the tournament. The 2008 team won the New England Championship and this year's Cougars look to do the same.

Holyoke will square off against the #2 seed, Bristol CC, in a semifinal on Saturday at 1:30pm. The Cougars tied Bristol 1-1 in their last meeting. Tournament host and #1 seed, Massasoit CC, will play against #4 seed, Springfield Technical CC, in the other semifinal on Saturday at 11am. The winners of the semifinals will meet in the New England championship game to be played on Sunday at noon. Let's go Cougars!

Schedule update - Due to weather the tournament schedule has been changed to the following:
Sunday semifinals will be played at Durfee High School in Fall River, MA.
Sunday 11am #1 Massasoit CC vs #4 Springfield Technical CC. Sunday 1:30pm #2 Bristol CC vs #3 Holyoke CC.
Championship final will be played between the semifinal winners on Monday at 2pm at the home field of the highest remaining seed.