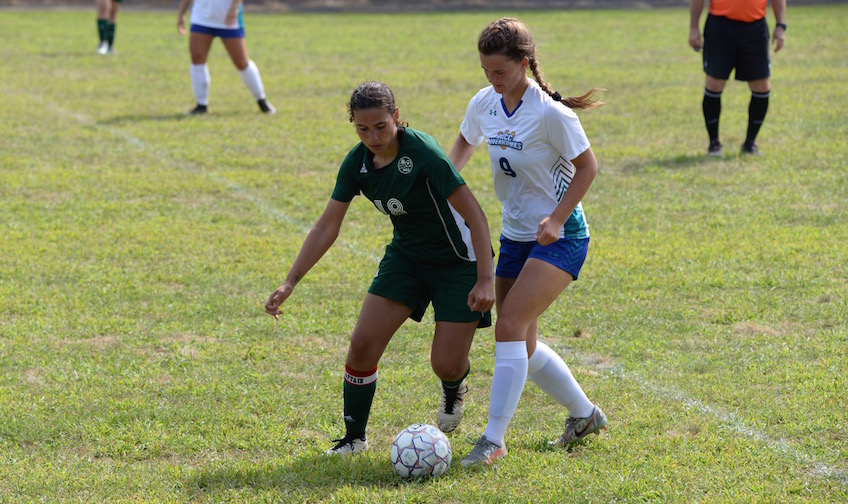 Women's soccer will begin postseason play on Saturday, October 29th, traveling to CC of Rhode Island (Lincoln, RI) to play a regional semifinal in the New England Championship Tournament. Holyoke, the #3 seed, will play at 1pm against #2 seed CC of Rhode Island. The last time the sides met, the Lady Cougars earned an impressive 0-0 tie with a drastically undermanned squad.

Holyoke finished the regular season with a 4-5-1 regional record and a 4-8-1 overall record. A win in their semifinal would put HCC in the New England championship game where they would play the winner of the semifinal between #1 seed Bristol CC and #4 seed Springfield Technical CC. That championship final will be played at Bristol CC (Taunton, MA) on Sunday, October 30th at 7pm. Let's go Cougars!