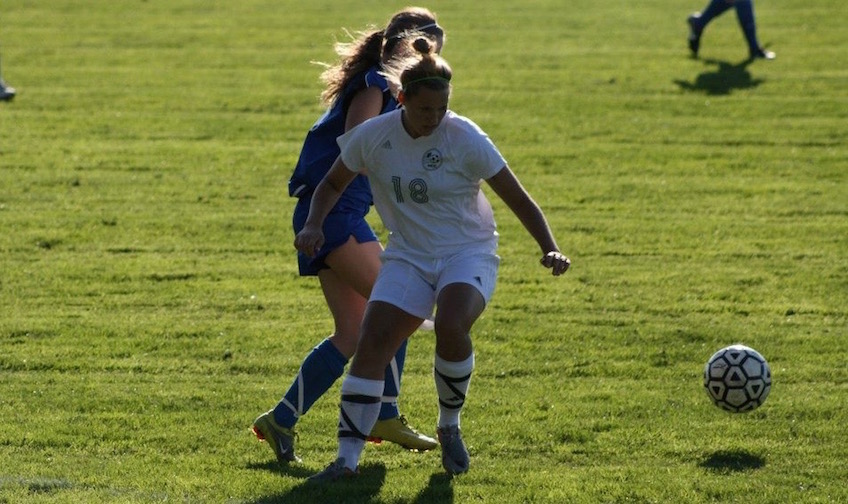 The Holyoke CC women's soccer team has begun preparation for the 2016 season, which kicks off this weekend in Dryden, NY. The team will travel to their "home away from home" at Tompkins Cortland CC to get the campaign started, a location that has seen the Lady Cougar women's soccer team play over a dozen early season and post season games during the past few years. Holyoke will play against the host, Tompkins Cortland, on Saturday 8/27 at 8pm before squaring off against the three-time defending NJCAA Division III National Champions, Brookdale CC (NJ), on Sunday 8/28 at 12:30pm.

The outlook going into the season is very favorable for the Lady Cougars, as they return seven players from last year's 12-4-4 New England Championship team that lost just one game all year against NJCAA DIII competition. In addition, Holyoke returns an eighth sophomore who played in 2011 and welcomes in a stellar class of freshman who will certainly make an impact at the college level.

The 2016 Lady Cougars' soccer team will be the first in the storied program's history to have six returning All-Region players on their roster. Among those are sisters Jennifer and Natalie Galindo (Chicopee, MA / Chicopee Comprehensive) who both earned First-Team All-Region honors in their freshman seasons of 2011 and 2015 respectively. Natalie Galindo was also a First-Team NJCAA All-American last season while leading the Lady Cougars in scoring from her defensive midfield position. The other four All-Region selections returning from 2015 are First-Team honorees Olivia Neiswanger (Holyoke, MA / Cathedral HS) and Alexandria Stuetzel (Agawam, MA / Agawam HS) along with Second-Team honorees Reilly Jodoin (South Hadley, MA / South Hadley HS) and Rebekah Herring (Palmer, MA / Palmer HS).

Holyoke CC women's soccer has won four consecutive New England Championships while also winning eight of the last ten. In that span, the team has reached the NJCAA National Elite 8 Tournament six times, finishing as high as third in the nation in 2013. The 2016 team hopes to keep the strong winning tradition intact and with all the talent on this year's team, the season looks to be a promising one. Let's go Cougars!!