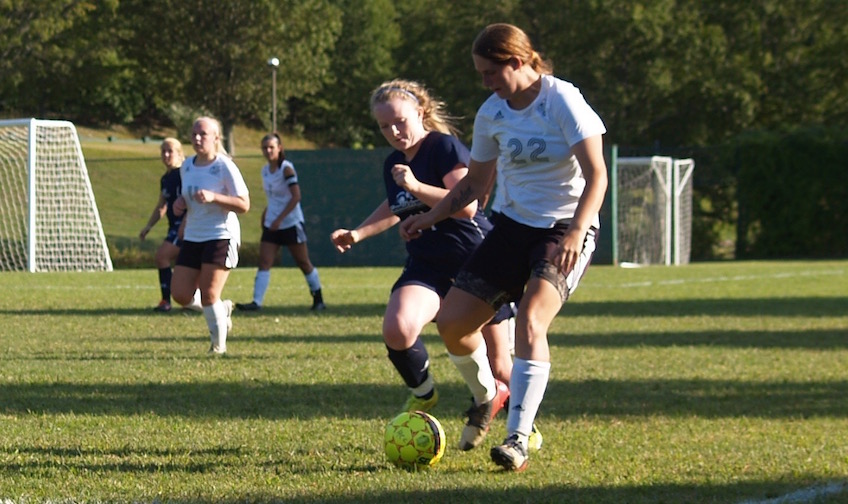 (Holyoke, MA) - The Lady Cougars soccer team was victorious by way of a 2-0 shutout over Southern Maine CC on Wednesday afternoon after falling 2-1 in their opener to the defending NJCAA national champions, SUNY Broome CC on Saturday. The Cougars have played brilliant soccer on their home field over the first two games of the season despite playing with a slightly depleted squad. The team has had to overcome a significant challenge with a number of players missing time due to injuries and illnesses.

Up next for the Lady Cougars is another home game as Holyoke hosts Nassau CC on Saturday afternoon at 1pm. Nassau ended the Lady Cougars' season last year with a 1-0 double overtime victory in the district championship. This year's Cougar team will do their best to avenge last November's heartbreaking loss.
Let's go Cougars!!

Photos: (Main) Cassidy Snyder dribbles the ball away from a defender during Wednesday's game. (Thumbnail) Catherine Hotham controls the ball at midfield during the game against Southern Maine CC.