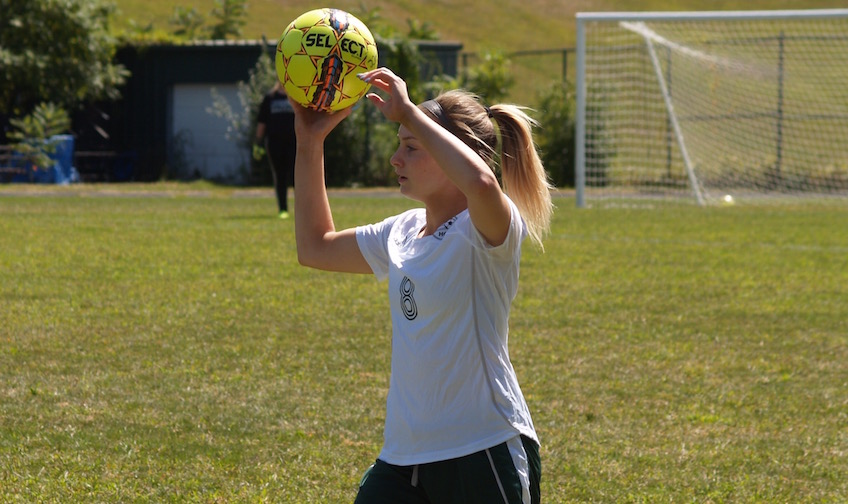 (Troy, NY / Holyoke, MA) - The Lady Cougars soccer team played back-to-back games this past Thursday and Friday, earning a lopsided win in their first regional match up the day after a loss in a long, lightning-delayed contest. The Cougars were victorious on Friday against New England opponent Bunker Hill CC, winning 11-0 in the offensive outburst. The win followed a heartbreaking 3-2 loss to Hudson Valley CC (NY) the night before, when the Cougars gave up the game-deciding goal on a penalty kick with just three minutes left to play in regulation. In a game that could have easily gone in either team's favor, the Cougars endured a tough ending to a long, cold, rainy game, which was delayed over 40 minutes due to lightning.

The Lady Cougars are 3-2-0 overall and 1-0-0 in the New England region. Next up for Holyoke is an important home game this Wednesday at 4pm that will see local New England rival Springfield Technical CC come to O'Connell Field. The two teams share a long, storied history and rivalry; the sides met in last year's New England championship game with the Cougars emerging victorious by a 4-0 score. Let's go Cougars!!

Photos: (Main) Karina Volpe takes a throw in during a game from earlier this season. (Thumbnail) Miranda Grochowski looks to make a pass to Jessica Patruno in a early season game.