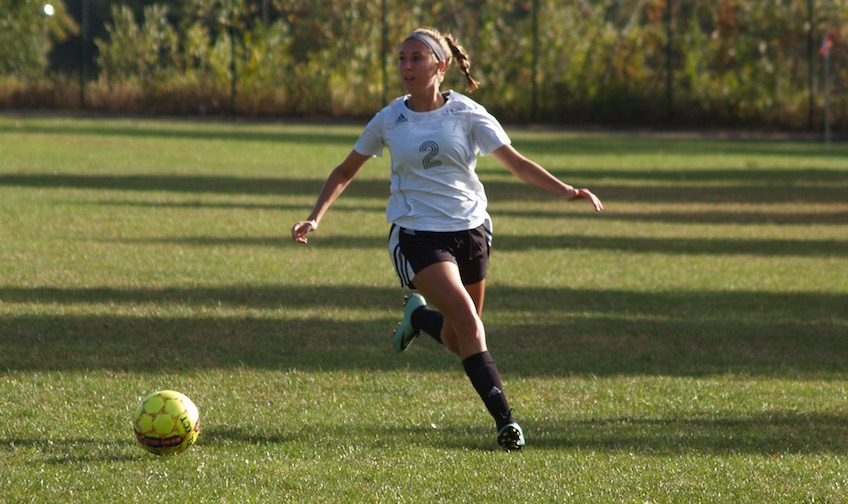 (Holyoke, MA) - The Lady Cougars soccer team squared off against their longtime local rival Springfield Technical CC on Wednesday afternoon on the campus of HCC. After a hard fought goalless first half that saw the Cougars denied of several scoring opportunities, Holyoke unleashed an offensive onslaught just after halftime. The Cougars scored twice in the first five minutes of the second half on their way to a 4-0 victory. Holyoke has dominated the rivalry for quite a stretch, having won 20 consecutive games since their last loss to the Lady Rams in 2008. The Cougars have earned 17 shutouts among those 20 wins, including seven in a row dating back to 2014.

Holyoke is 4-2-0 overall this season and 2-0-0 in regional play. Their next game is Saturday at Massasoit CC, a regional adversary they have played against in four of the last five New England Championship games. Sunday they will travel to play Division I opponent CC of Rhode Island. Let's go Cougars!!

Photos: (Main) Jessica Patruno looks to play a ball into a teammate earlier this season. (Thumbnail) Emma Gomes dribbles the ball down field in an early season game.