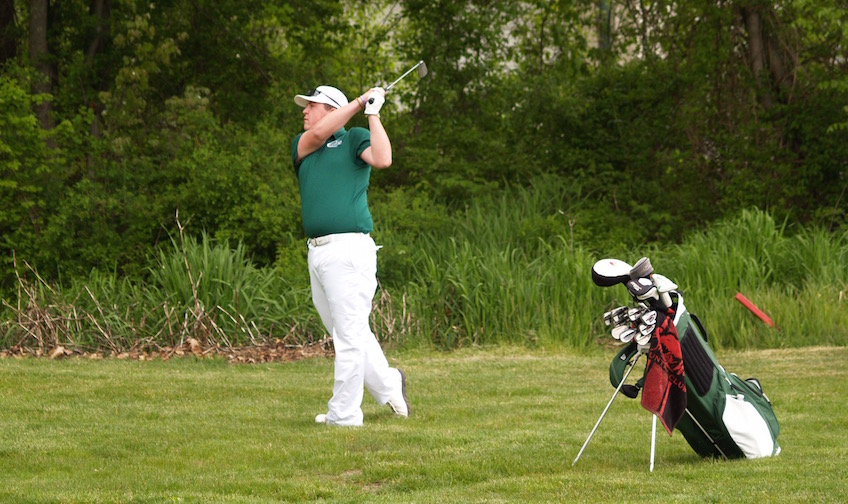 With three very talented returning golfers from last year's team, the Cougars are optimistic and anticipate another exceptional season, as they had in 2016. Colby Manning (Springfield, MA / Sabis HS), who represented HCC at last year's NJCAA National Championship Tournament, is back to lead the way and looking to make a strong impact on the course. Manning finished sixth overall at last season's New England Championship Tournament, which was hosted by HCC at The Ranch Golf Club. Fellow second-year returners Michael Santinello (Westfield, MA / Westfield HS) and Jonny Taylor (Westfield, MA / Westfield HS) join Manning with enthusiasm and hopes of a season similar to the last. The Cougars are once again guided by the expertise of fifth-year head coach Chris Stoddard and the team welcomes six freshmen to this year's squad. Among the newcomers are Michael Vecchiarelli (Agawam, MA / Agawam HS), who was a member of HCC's men's basketball team, and Maija Lee Orovsky Nagels (South Deerfield, MA / Frontier Rgional HS), who is the first female golfer to play for the Cougars in the last four years.

Photos: (Main) Colby Manning takes a shot during the New England championships in 2016. (Thumbnail) Mike Santinello swings from the fairway at The Ranch Golf Club in 2016.