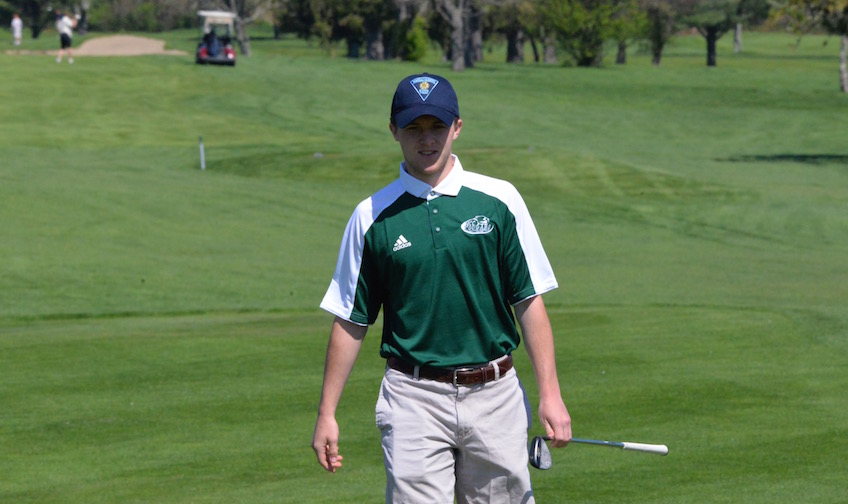 With Mother Nature's cooperation, the HCC golf team finally played a few nice rounds of golf during the month of May. April showers resulted in a delayed start to the Cougars' season with several events being cancelled due to poor course conditions.

The 2018 Cougars golf team is comprised of three full-time freshmen golfers, all of whom have played remarkably well thus far this season. Two East Longmeadow high school graduates, Anthony Forest (East Longmeadow, MA) and Kyle Richter (East Longmeadow, MA), and Agawam high school graduate Ryan McGeary (Agawam, MA) make up this year's squad. Sixth year head coach Chris Stoddard speaks highly of his trio and is optimistic all of them will continue to play well over the next few weeks heading into this year's state and regional championship tournaments.

The Cougars will participate in a pair of regular season events and the Massachusetts Community College Athletic Conference (MCCAC) Championship Tournament before the New England Championship two-day event. The MCCAC championship will be hosted by Springfield Technical CC and played Thursday, May 17th at Chicopee Country Club, beginning at 10:30am. The New England (Region XXI) Championship event will be hosted by CC of Rhode Island and played on May 22nd and 23rd at Cranston Country Club, beginning each day at 10am. In 2016 and 2017, the Cougar's Colby Manning (Springfield, MA / Sabis HS) finished in the top six at the regional championships, qualifying him for the NJCAA National Championship Tournament and HCC's Thomas Kim (Westfield, MA / Westfield HS) was the MCCAC event's champion in 2017. The 2018 Cougars look to continue HCC golf's strong tradition and perform well in the upcoming events. Let's go Cougars!!

Photos: (Main) Kyle Richter walks up to the green after taking his approach shot during an early season event. (Thumbnail) Anthony Forrest prepares to take a chip shot during an event at Cranston Country Club in Rhode Island.