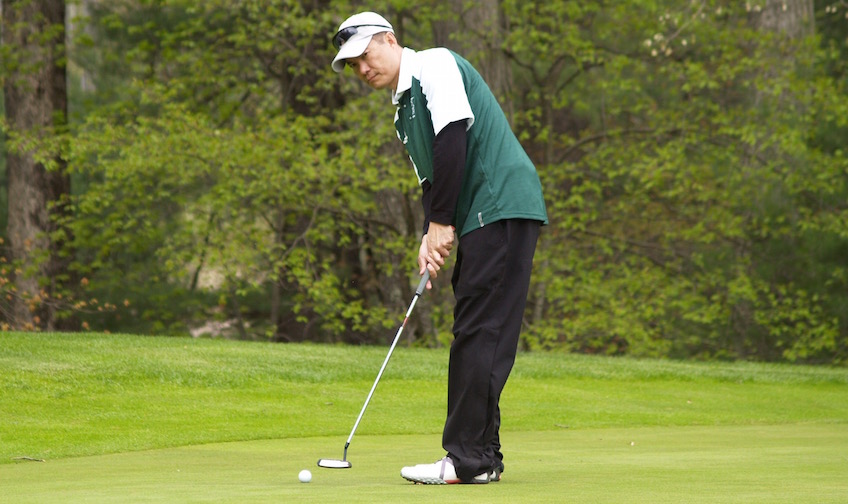 (Chicopee, MA) - Cougars' golfer Thomas Kim (Westfield, MA / Westfield HS) won the Massachusetts Community College Athletic Conference (MCCAC) Golf Championship on Thursday at Chicopee Country Club. Kim led the way for the Cougars team, who finished as runners-up in the overall team competition. The state championship tournament is a one round event held annually, the week before the New England Regional Tournament, to determine a state conference winning team and an individual champion.

The two-day New England Regional Championship Tournament will take place at Chicopee Country Club on Wednesday May 17th and Thursday May 18th. The Cougars will look to make a run at the team championship and golfers Manning and Kim are strong contenders to qualify for this year's NJCAA National Championships. Good luck to the entire team and to each golfer. Let's go Cougars!!