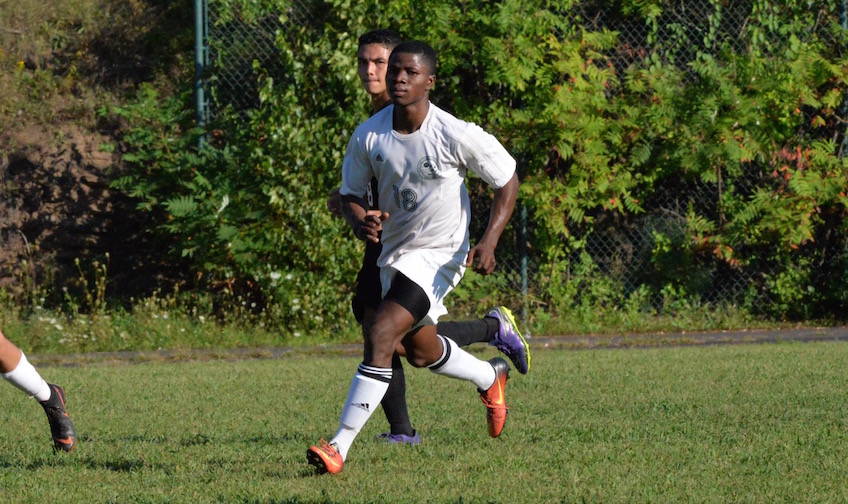 (Haverhill, MA) - The Cougars soccer team kicked their season off in positive fashion on Saturday afternoon with a 1-0 double overtime victory in their opener. Holyoke travelled to square off against regional opponent Northern Essex CC.

Returning sophomore standout Joseph Evborokhai (Hoyloke, MA / Holyoke HS) led the way for the Cougars, scoring the overtime game-winning golden goal. Evborokhai was setup brilliantly by freshman defender Brandon Carmona (Springfield, MA / Central HS), who beat several opposing players before perfectly playing the ball to Evborokhai who then deposited it in the back of the net. Freshman Goalkeeper Quinn Cardaropoli (Suffield, CT / Suffield HS) earned the shutout win, a memorable one in his first collegiate game. Quinn made a spectacular diving penalty kick save in the final minutes of regulation, keeping the game tied and giving the Cougars a chance to get to the overtime period.

The Cougars are 1-0-0 overall as well as regionally and play their next two contests on the road. Holyoke's home opener is Saturday, September 14th at 1pm against regional opponent Mass Bay CC. Let's go Cougars!