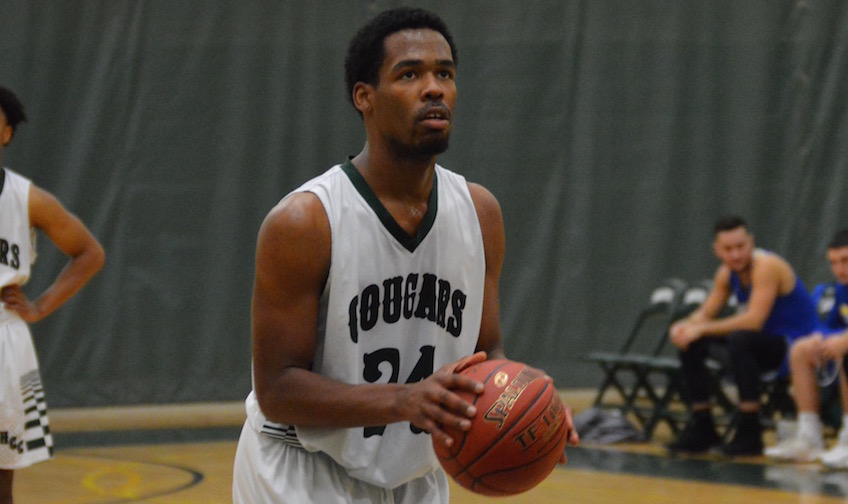 The HCC men's basketball team has started the 2017-18 season, having played a handful of games since opening on November 7th.  The Cougars are under the guidance of 13th year head coach Chris Montemayor, whose outlook for the season is an optimistic one.

The Cougars return one sophomore from last year's team as Darren Fair (Holyoke, MA / Holyoke HS) dons the HCC colors once again this season. Fair, a forward, averaged seven points per game last year while leading the Cougars from the free throw line, shooting an impressive 83%. Joining Fair are several new freshman players who have made an immediate impact on this year's team. Among them is guard DeVante Wardell (Holyoke, MA / Holyoke HS), who has been stellar in the early part of the campaign, leading the Cougars in overall points and points per game. Also performing superbly is center Bob Supinski (Chicopee, MA / Chicopee HS), whose 6' 8" frame has helped him to collect a number of rebounds for Holyoke.

The Cougars are winless in the early part of the season despite their strong play. They hope home court advantage will assist them in the late part of November with four of their five games to be played in the friendly confines of PeoplesBank Gymnasium. Let's go Cougars!