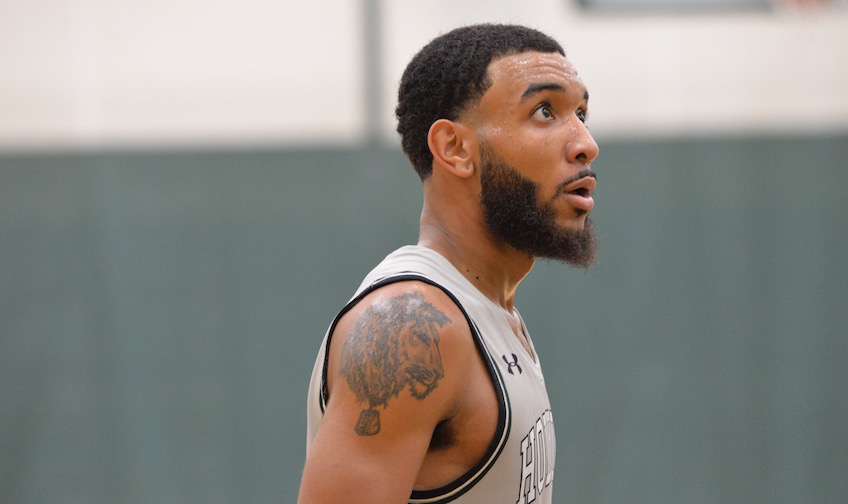 (Worcester, MA) - Men's basketball earned a hard fought 77-68 overtime road win on Tuesday evening at Quinsigamond CC. The Cougars played a dominant second half and overtime to seal the victory after trailing by 15 at the end of the first half. Holyoke scored 44 points in the second half before outscoring their opposition 15-6 in the overtime period on their way to the regional win.

Moashaun Alvarado (Springfield, MA / Sci-Tech HS) led the way for the Cougars, scoring a season-high 27 points while bringing down 12 rebounds to register the double-double. Alvarado leads Holyoke in rebounds and blocks this season and is second in total points and points per game. Michael Castillo (Northampton, MA / Northampton HS) tallied a double-double, putting up 15 points to go along with 10 rebounds. Cequan Johnson (Springfield, MA / Sci-Tech HS), who leads the Cougars in steals, scored a dozen points and had five steals.

Holyoke has a regional record of 3-4 and an overall record of 3-5. They play one more December game before the winter break. The Cougars will travel on Saturday, December 14th to square off against Ben Franklin Institute for an 8pm tipoff. Let's go Cougars!