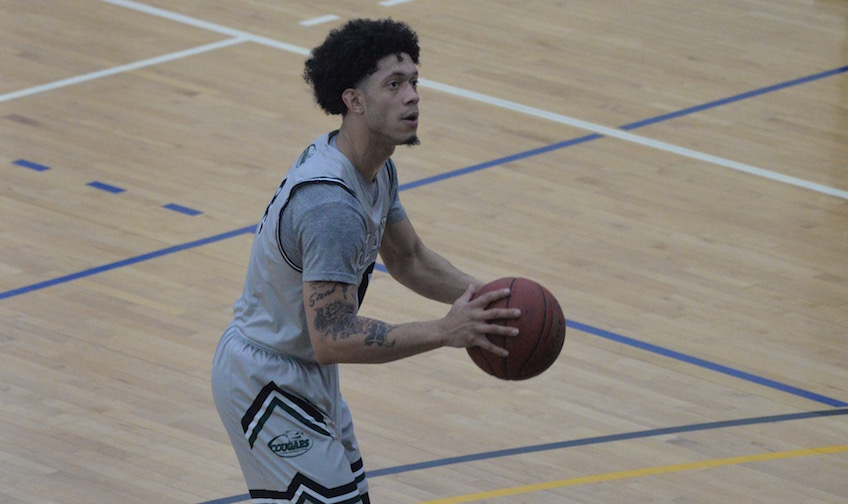 (Warwick, RI) - Men's basketball saw their season come to an unfortunate end on Wednesday night, losing in the New England Championship Tournament quarterfinal round. The Cougars fell 76-67 to the #1 seed CC of Rhode Island.

Men's basketball had a season to remember, the program's most successful one in over a decade. The Cougars registered 12 wins, a number topped just twice in the 2000s. They also qualified for the New England Championship Tournament for just 3rd time in the past 15 years. Sophomore forward Michael Castillo  amassed 1000 points, becoming only the 3rd player in men's basketball program history to achieve the feat. Sophomore guard Jequan Rogers (Springfield, MA / Sabis HS) and freshman forward Moashaun Alvarado joined Castillo as members of the Cougars' 500-Point Club. Congratulations to the 2019-20 men's basketball team on a terrific season!

Photos: (Main) Castillo shoots a free throw during a recent game. (Thumbnail) Rogers (#5) and Alvarado (#15) get in good defensive position during a February home game.