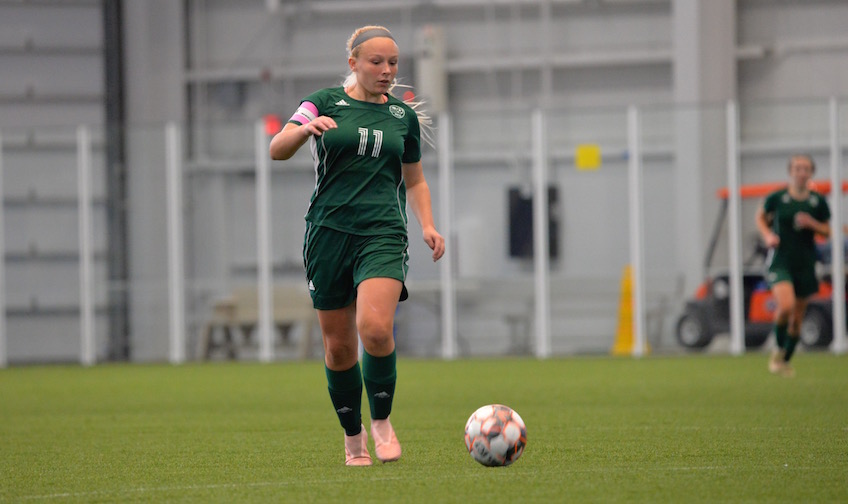 Holyoke squared off against two of the strongest teams in NJCAA Division III during the national tournament. Unfortunately, the Cougars were unable to play their best and did not display the smart and determined soccer that won them a district and New England championship. They lost their national quarterfinal game to eventual national champions Richland College before falling in their consolation game to Herkimer College. On the tournament's second day, the Lady Cougars had the unique opportunity to play a collegiate soccer game in an indoor facility, as all of the day's games were moved inside due to snow and ice covering the outdoor field.

The Lady Cougars finish the 2018 season with an overall record of 13-8-1 and a Division III NJCAA record of 13-6-1. Holyoke's regional record was 11-1-0 and they won the New England Championship. The regional championship is the program's 7th in a row and 11th in the past 13 years. The Lady Cougars also won the District Championship and six HCC players will be named to the All-New England (All-Region) Team.