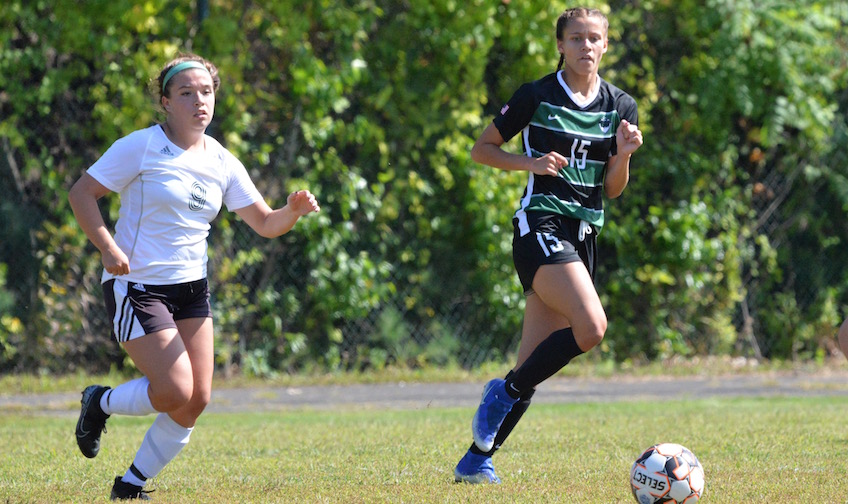 (Holyoke, MA) - The Lady Cougars soccer team has battled valiantly in the early part of the season, earning a hard fought 1-1 tie against North Country CC (NY) at home on Saturday. Holyoke purposely plays a very difficult out-of-region early season schedule to prepare for their regional competition. The Cougars have put forth several strong performances so far this season, finally gaining a positive result with the draw.

The Lady Cougars step into regional competition this week with away games against their two biggest rivals. Holyoke visits Springfield Technical CC on Wednesday for a 4pm start before traveling to square off against Massasoit CC on Saturday at 2pm. Let's go Cougars!