Top of Her Class

"Once I had kids I knew I needed to do something more with my life. I needed to be somebody they could look up to. – Melissa Anderson '19 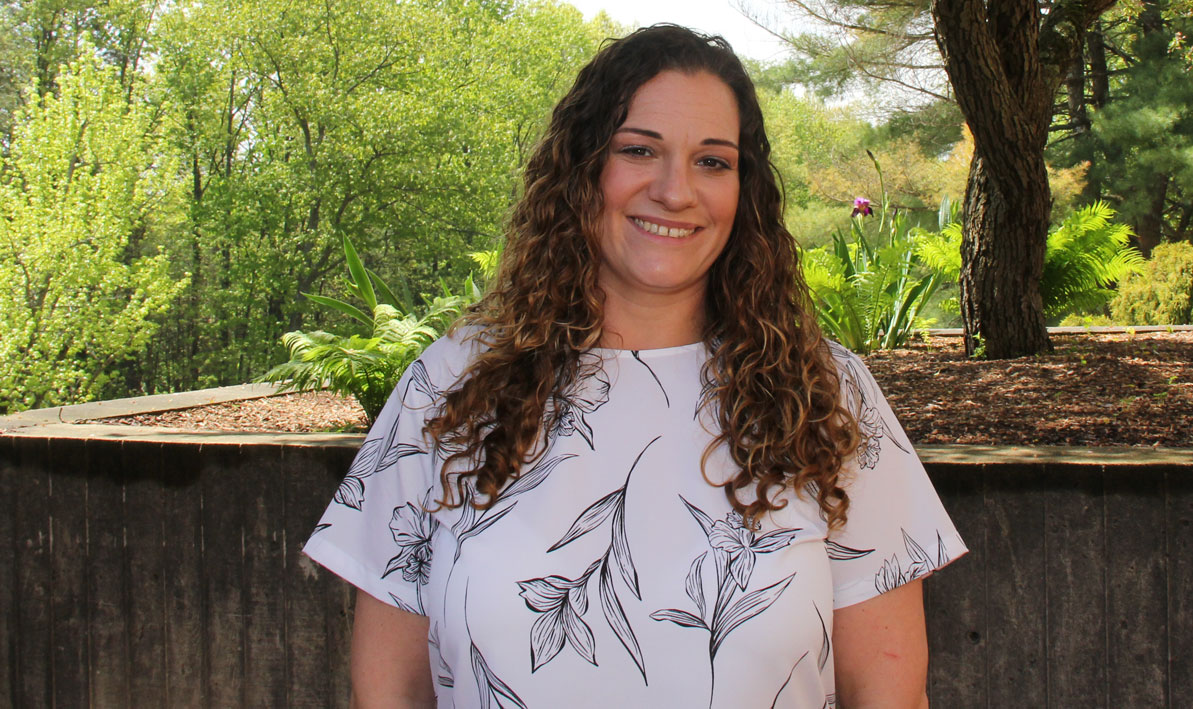 At first, she thought, there is no way. She was too old, a high school dropout with a GED, a single mom raising three young children and taking care of her sick grandmother too.

Go to college now and then go to nursing school? There is no way.

"When I first applied, I was scared," Melissa Anderson recalls. "I didn't think I could do it and manage everything else."

And yet she did. She applied. She enrolled. She excelled.

After four years, the 39-year-old Belchertown resident graduated June 1 with her associate degree in nursing from Holyoke Community College. As the student with the highest GPA in her class, a 3.8, Anderson received the 2019 HCC Nurse Faculty Award for Excellence in Academic and Clinical Nursing.

"Once I started school, I said, if I'm going to be taking time away from my children then I'm going to do the best that I can do," she says. "I'm not just going to get by with B's and C's. It's not worth it to be away from them and not do well."

Anderson had left Belchertown High School in 10th grade and planned to get her GED right away.

When Anderson was 18, her older sister died in a car accident, and she struggled for the next several years with substance abuse. "I overcame an addiction," she says. "I was in rehab at 21 and I've been sober since. I was able to make it through, and I'm stronger now."

She moved to Miami and worked in various jobs, telemarketer, gold broker at a jewelry shop, travel agent - "whatever I could get my hands on."

After eight years in Florida, she returned to Belchertown. In 2009, when her first daughter was born, Anderson decided to get her GED, a plan she put on hold once more after she got pregnant again with twins born at 27 weeks with special needs.

For the next three years, there were a lot of doctor visits, hospital stays and early intervention therapy sessions. Finally, in 2014, she got her GED through the Valley Opportunity Council in Chicopee.

A teacher there recommended HCC.

"Once I had kids I knew I needed to do something more with my life," Anderson says. "I needed to be somebody they could look up to."

Taking care of her own children and her grandmother made her think about a career in healthcare.

"I knew I wanted to be a nurse when my grandmother got sick," she says. "Every doctor and nurse would ask me, are you a nurse? Are you in the field? They told me I was very knowledgeable and very good at it and should pursue that. And, of course, taking care of these little itty-bitty babies that are very fragile made me realize that I can do this."

Despite initial doubts, Anderson made it through her pre-requisite courses for nursing with the help of HCC's Writing and Tutoring centers, and her early success in Anatomy & Physiology with professor Jesse Lang boosted her confidence.

"She made me work really hard and gave me a good foundation for nursing," Anderson says.

During her time at HCC, Anderson regularly made the Dean's List. She was invited to join the Phi Theta Kappa national honor society and received two HCC Foundation scholarships and the nursing achievement award.

"I'm very proud of myself for being a high school dropout who went back to get her GED later in life with three children and a family to care for," she says. "To be able to maintain a GPA that high, I think, it's a great accomplishment."

She pulled it together with the help of a good study partner, her parents, who helped with child care, and a strict schedule that allowed her to maintain a healthy balance of study and family time.

"As soon as the kids got off the bus and until they went to bed, four to eight o'clock, all my books went away," she says, "then I would restart. I had the whole time to study while they were at school."

Now that school is over, her schedule will change, at least for a while. Anderson has delayed accepting permanent nursing position until her son recovers from bladder surgery next month. Then she plans to take some per diem work as a visiting nurse with a local hospital and ultimately return to school for her master's degree in nursing. "My goal is to be a hospice nurse," she says.

For the summer, though, her children will get all her attention.

"I need to spend a little time with my family," she says. "For four years I've been non-stop studying at school. I think they deserve a little bit of my time."