HCC's new Center for Life Sciences opened Sept. 4 with the start of the fall semester 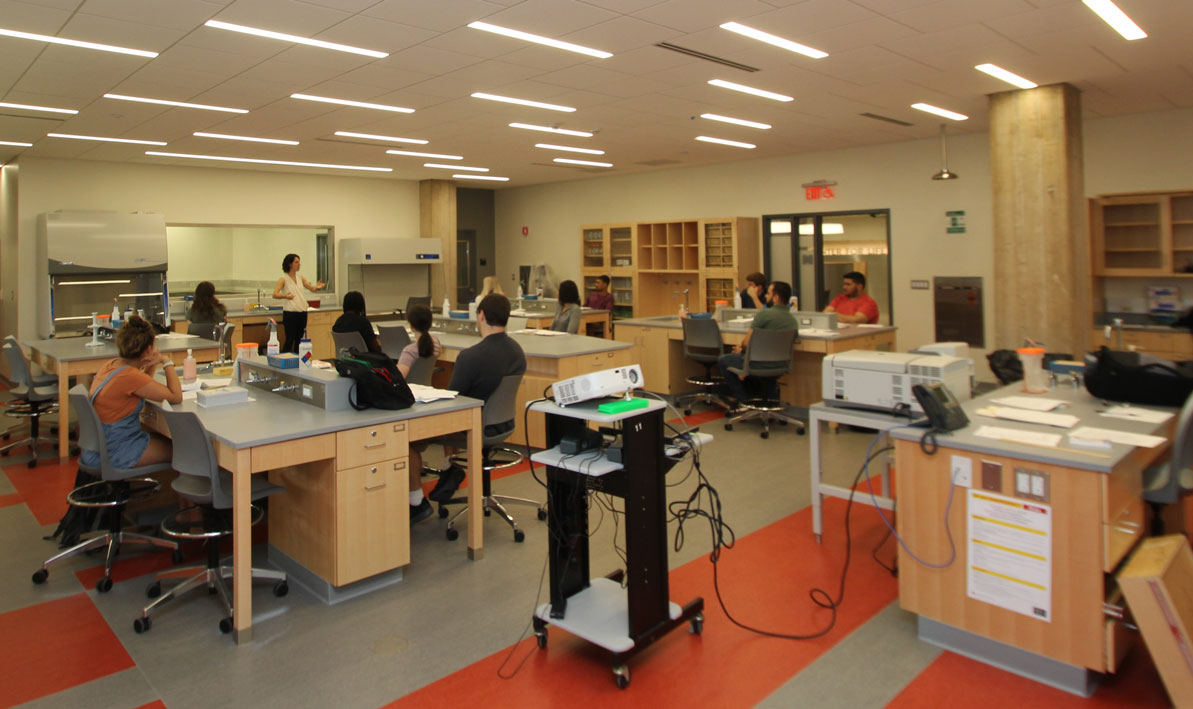 Students at Holyoke Community College are the beneficiaries of the school's new Center for Life Sciences, which opened Sept. 4 with the start of the Fall 2018 semester.

The 13,000-square-foot facility, on the first floor of HCC's Marieb Building, features a suite of new biotechnology classrooms and labs and what is believed to be the only ISO certified instructional cleanroom at any Massachusetts community college and one of very few at any college or university in western Massachusetts.

"These state-of-the-art facilities and new equipment will allow us to train our students in laboratory settings similar to what they will experience in industry, making them more competitive for the biotech job market," said HCC professor Emily Rabinsky, biotechnology program coordinator.

The cost of the $4.55 million project, including new equipment, was covered by a $3.8 million grant from the Massachusetts Life Sciences Center, supplemented by $750,000 from the HCC Foundation's Building Healthy Communities Campaign, which also paid for the construction of the college's Center for Health Education on Jarvis Avenue.

The Center for Health Education, home to HCC's nursing, radiologic technology programs and SIM medical simulation center, opened in 2016. Those programs were relocated to the CHE from the first floor of Marieb, clearing space for the construction of the Center for Life Sciences.

The new labs will be used primarily for biotechnology, genetics and microbiology classes and as needed for other biology courses.

Rabinsky plans to incorporate the cleanroom into her Introduction to Biotechnology class this fall as a way to teach students how to put on cleanroom gowns while maintaining sterility.

"Clean rooms are commonly used in the biotech industry and this is an essential first step before anyone can be allowed in one since contamination could be disastrous," she said.

Grant funds and donations also paid for new equipment including a high-end, research grade fluorescent microscope, like those used in the pharmaceutical industry; a micro volume spectrophotometer (used to measure small amounts of genetic material); and an electroporator (for genetic engineering).

Starting this fall, HCC will be offering a non-credit, professional development course called "Introduction to Cleanroom Technology" in the Center for Life Sciences; Rabinsky said she is developing a new credit course for a future semester called "Cell Culture and Protein Purification" that will also take advantage of the new facility.

"In this course, students will learn how to maintain a mammalian cell culture, in addition to learning how to work in a cleanroom," she said.

A grand opening celebration will be held at the Center for Life Sciences sometime during the fall semester.