HCC 'Getting It Right' 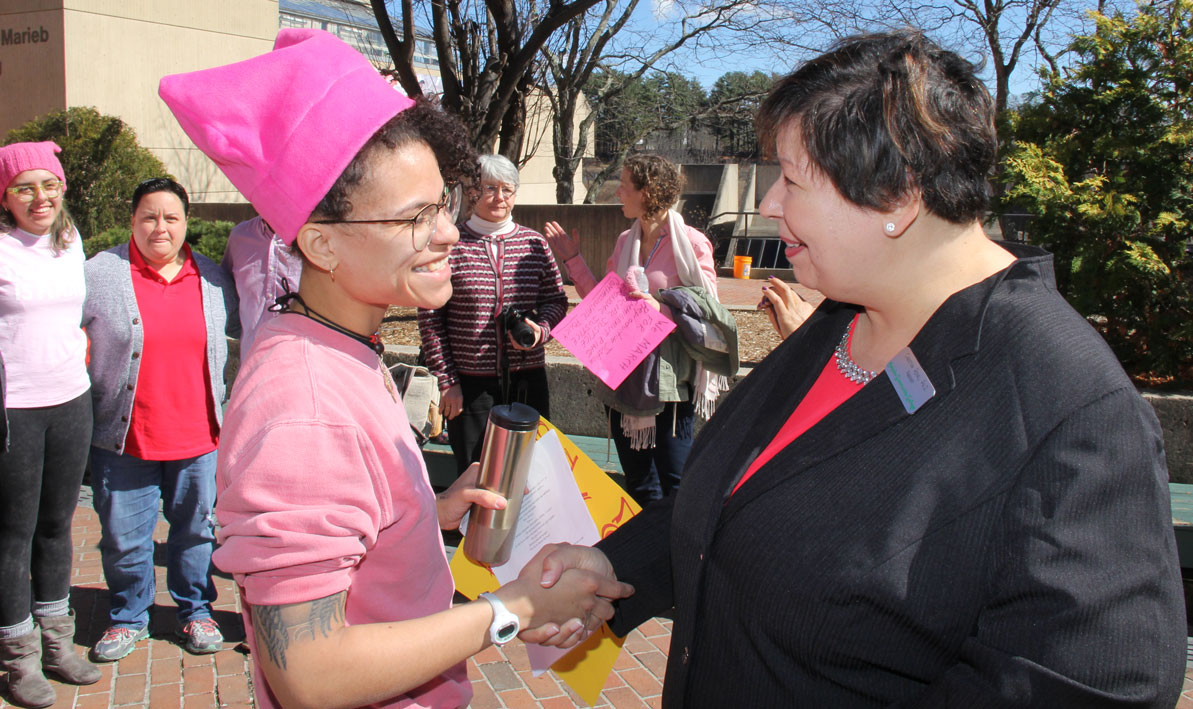 Holyoke Community College has been listed among the top institutions of higher education in the country for maintaining diversity and gender equity in its administrative positions, according to a national report.

In that report, titled "Institutions That Are Getting It Right," the College and University Professional Association for Human Resources, or CUPA-HR, compared representation and pay equity for women and minority administrators from more than 2,000 public and private colleges and universities over 16 years.

HCC was one of them and the only college or university from Massachusetts on the list.

"Congratulations on being one of the top institutions in the country to maintain diversity and equity in your administrative positions," Jacqueline Bichsel, CUPA-HR's director of Research, said in an email to HCC's Human Resources director Clara Elliott. "This is a remarkable accomplishment."

"Holyoke Community College's aspirations are to represent our diverse student body," said Elliott. "In doing so, HCC makes diversity recruitment a deliberate act. Our Affirmative Action goals are guided to the outreach and recruitment of underrepresented groups, not only in leadership positions but across the campus community."

CUPA-HR has been conducting salary and demographic surveys for 50 years and used data from its annual "Administrators in Higher Ed Salary Survey" to determine the results.

"It is wonderful to be recognized as an institution that focuses on core issues relating to equity," said President Christina Royal. "At HCC, we believe that diversity makes us stronger. This is central to our history and our mission and a fundamental part of our future."

The report defined "top institutions" as those with diversity/equity ranks in the top two-thirds every year they participated in the surveys. Institutions had to participate for at least 10 years to be considered.

"Although many institutions did well in at least one diversity/equity area, relatively few did so for both representation and pay, either for women or minority administrators," the report says. "However, 11 institutions were top performers in all areas ... over 16 years."

The top 11 were not ranked against each other. Four community colleges were among them, including HCC.

"Two-year institutions often have strong ties to their local area, as well as a mission to aid underserved populations," the report says, "and they were generally ranked highly on all diversity/equity measures."