Student-entrepreneurs rewarded for the home-grown businesses 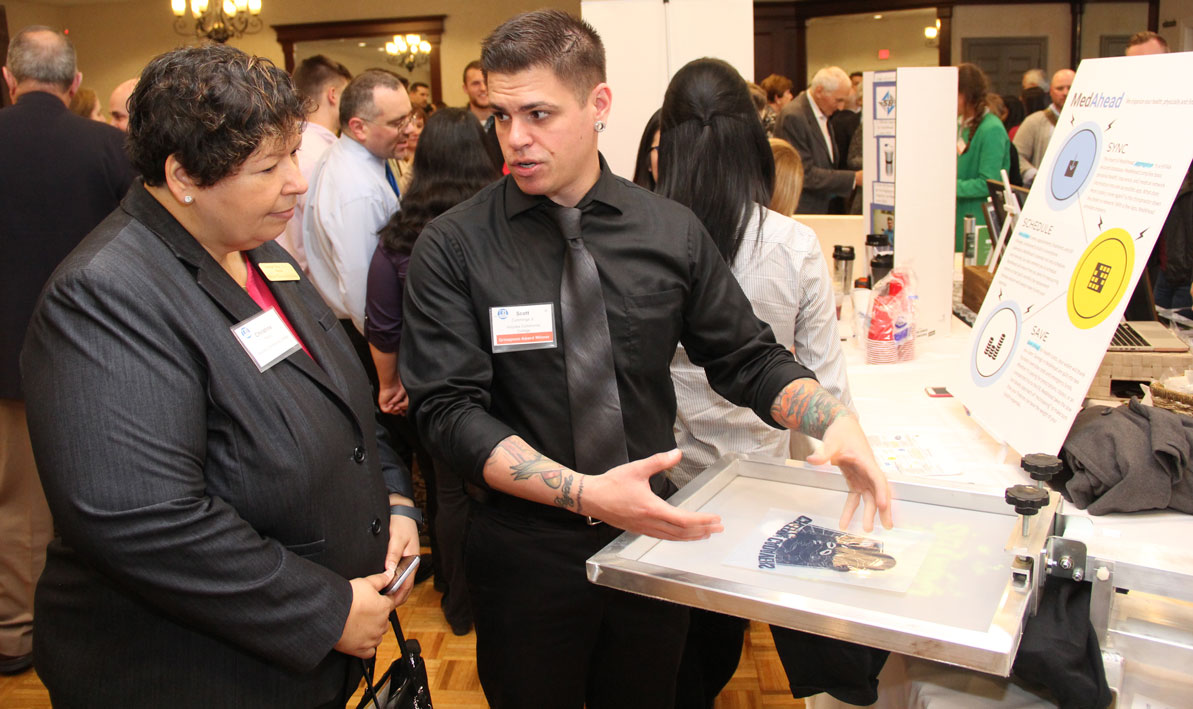 The Dubchaks grew up musical, like a Westfield version of the Von Trapp family. Their parents, originally from Ukraine, played instruments, and they made sure their children did too, and different ones, so that one day they might form a band.

Last year, the musical instrument repair business they run out of their parents' basement, Dubchak Artist Services, LLC, had $100,000 in sales.

Last night, the three brothers — two are current HCC students and one a recent grad — were recognized with a $1,500 Spirit Award from the Grinspoon Entrepreneurial Initiative, $500 each.

Ashley Rivest, a business administration major from Chicopee, represented HCC in the annual Elevator Pitch competition, impressing the crowd with her polished 90-second presentation for the Scrub Buddy, a miniature robot that automatically cleans your bathroom.

All of the Spirit winners said they are going to invest the award money back into their businesses.

Roman Dubchak, 28, a business administration major who earned his certificate in entrepreneurship from HCC last May, said he and his brothers sometimes put in as much as 30-40 hours a week working on the family business. They have been repairing instruments for more than 10 years.

"We were musicians," said Roman, "so we kind of fell into it by accident. It made sense."

David, 20, the brass specialist, finished his associate degree in biotechnology in December. He's now at the University of Massachusetts studying biochemistry and molecular biology. He plans to walk with his brother Roman at Commencement May 27.

Filipp, 25, the woodwind specialist, is studying computer programming at HCC.