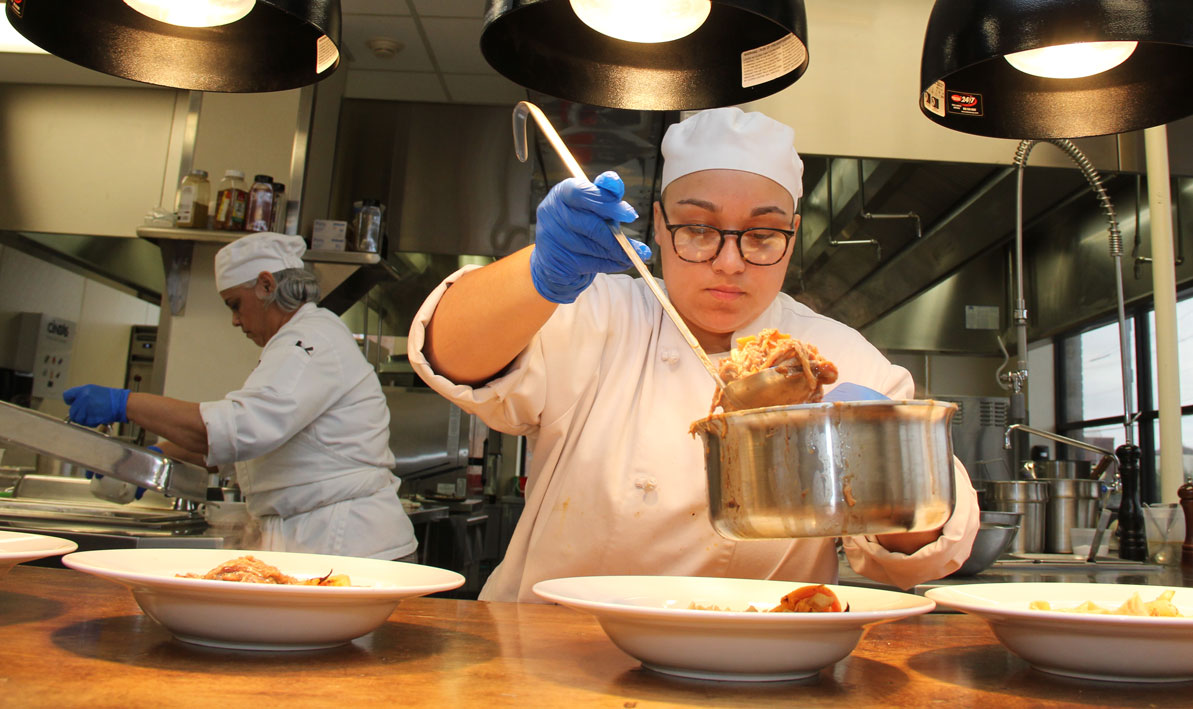 Holyoke Community College student Heather Reynolds Labonte grew up in an old farmhouse in Granby, Mass., in the shadow of Long Mountain, not far from the Robert Frost Trail.

The historic home dates back to the late 1700s and had once been a stop on the Underground Railroad. In the early 20th century it was owned by Professor Burlingham Schurr, a curator for Holyoke's Wistariahurst Museum whose collection of butterflies from around the world still lines the walls of the dining room.

After her parents died, Labonte and her sister inherited the house and the 52 acre plot that was once one of the largest cattle farms in Granby and is now an idyllic landscape that includes mature gardens and a pond.

"I was married here, as was my cousin," said Labonte, 51, who is studying marketing at HCC. "It's such a beautiful and special place, and I want to share the love of this property with others."

If all goes according to plan, Labonte will do just that.

She was one of three HCC students and one HCC alumna to earn entrepreneurship awards this spring from the Harold Grinspoon Foundation. Labonte's business plan calls for creating Harris Mountain Estate, an outdoor venue for weddings, corporate events, graduation parties, reunions, and other special gatherings for up to 175 guests.

"I want to carry on my parents' legacy and share this amazing space," Labonte said.

"This has been a dream of mine for a long time," Ortiz said in February after being selected to participate in Holyoke SPARK's Entrepreneurship for All (EforAll) Initiative, for which she earned a first-place prize of $2,500 for her food truck idea. "I've seen a need in my hometown for a wider variety of food options and I can't wait to do my best to bring some fresh, new options to my neighbors in Holyoke and Springfield."

Labonte also paticipated in Holyoke's EforAll program this year and earned a second-place award of $2,000 for Harris Mountain Estate,. She said she is now working  with town officials in Granby to get the necessary permission to make her business dream a reality.

Michaeala Konig of Westfield received a Grinspoon Spirit Award, which is for revenue-generating businesses. Konig graduated from HCC in 2016 with her associate degree in Visual Art and is the owner of Bloom Aesthetics, a skincare business in East Longmeadow that she opened in December 2019.