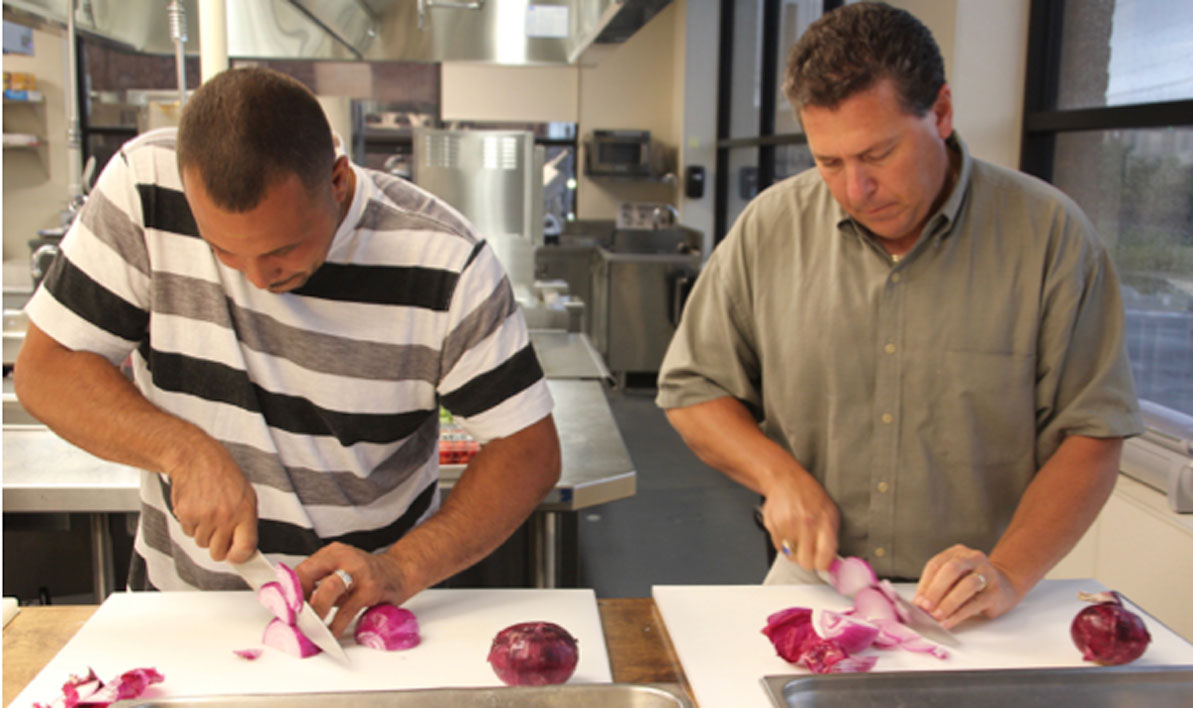 During the first day of the two-part class, Jim Crowley grilled some salmon that he ate with fresh, locally grown produce.

"It's fantastic on a salad," said Crowley, who works for Holyoke Gas & Electric. "So when you're eating it, it doesn't feel like you're on a diet. You're just eating better food."

Crowley was one of several city of Holyoke employees and their spouses who took a two-day course and learned to prepare healthy meals at the HCC MGM Culinary Arts Institute on Race Street in downtown Holyoke. After preparing them in the industrial sized kitchen, they sat down to enjoy their cuisine for what was billed as "dinner by the canal."

Participants cooked with produce that was grown locally and learned about sustainability, which is the production of food using farming techniques that protect the environment. The city of Holyoke's Wellness Committee approached TWO about hosting healthy cooking classes that could be offered to city employees and spouses. The intent of the class was to introduce employees to better cooking methods and new foods.

Cigna, the health insurer for the city of Holyoke, paid for the program. Sixteen Holyoke employees and their spouses participated in the first class, which offered up a menu that included fresh chickpea salad, scallops and salmon.

Participants in the July 17th class learned a variety of useful culinary techniques, from peeling and cutting onions and vine-ripe local tomatoes to mincing garlic and herb, poaching chicken breast and preparing lentil and ragout.

Melissa Melendez, who works for the Holyoke Retirement Board, admitted she's not a great cook, so she signed up for the class to learn some tips about healthy cooking.

"I was up for a new experience," she said.

Other participants said they were excited to see the new HCC MGM Culinary Arts Institute. The 20,000-square foot facility, located in the Cubit building across the street from Holyoke's second-level canal, has five teaching kitchens, separate lab stations and a bakery.

"I've been driving by it for quite some time," Crowley said. "It's just beautiful inside. It's a real gem for the area."