A day 'In the Heights' 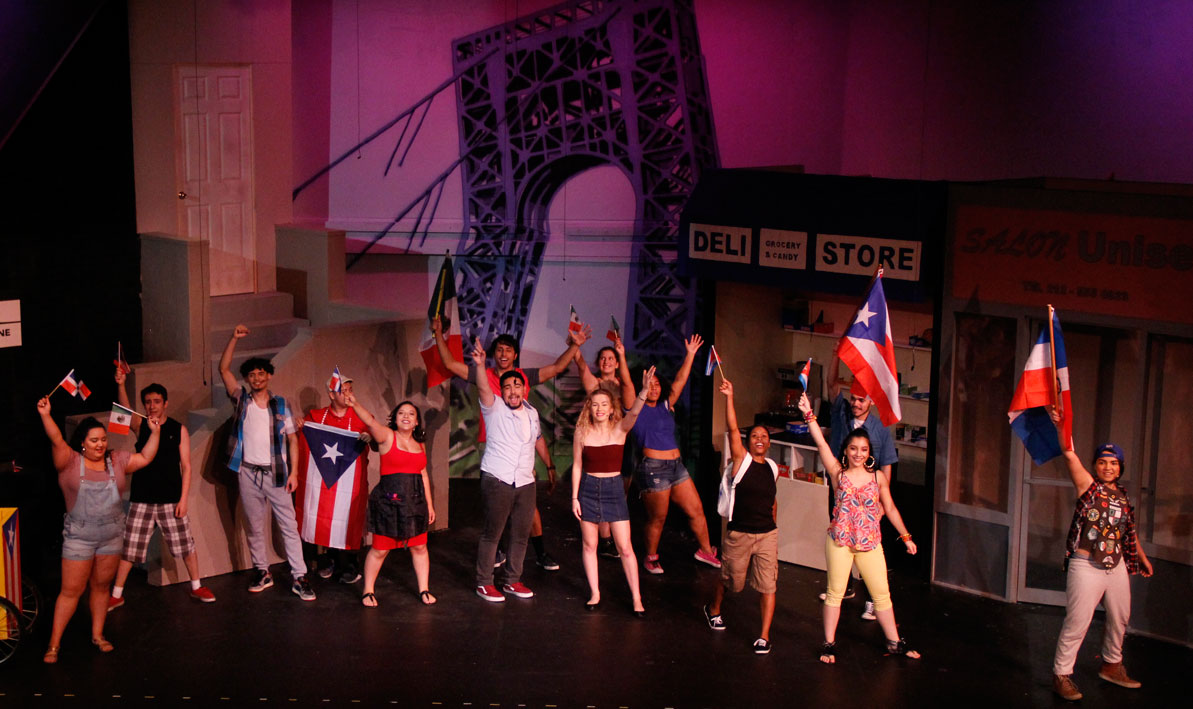 Following the success of sold-out performances at Holyoke Community College for its fall production of "In the Heights," HCC and Mount Holyoke College are co-hosting a day-long symposium this week exploring the ideas, characters and themes in Lin-Manuel Miranda's first hit musical.

The joint venture, "In the Heights in Holyoke – A Latinx Cultural Project and Symposium," will kick off Thurs., Nov. 29, at 4:30 p.m. in Mount Holyoke's Mary Woolley Hall with a talk by Alberto Sandoval-Sánchez, "Occupying Broadway: Lin-Manuel Miranda's In the Heights Spectacular Claim to Latina/o Cultural Citizenship."

The symposium officially opens Friday morning, Nov. 30, at HCC with a series of lectures supported by HCC's "One Community: Holyoke" initiative and concludes Friday afternoon with a lunch and additional lectures at Mount Holyoke.

All the sessions are free and open to the public.

Sandoval-Sánchez, the symposium organizer, is a professor emeritus of Latina/o Studies at Mount Holyoke and served as scholar-in-residence at HCC and as a consultant on the "In the Heights" production.

He is also a co-founder of The New England Consortium for Latina/o Studies and noted that the 10th anniversary of the Tony-award-winning musical's Broadway debut was an appropriate time to gather Latinx scholars from the consortium to discuss the play's themes and importance.

In addition, he said, the symposium is a way to honor the performers – HCC students and alumni, Holyoke High School students, and others from the community – who brought audiences to their feet each night for seven performances in the Leslie Phillips Theater.

"I wanted to prepare special events so people could come together from different points of view," he said.

Sandoval- Sánchez said he was not surprised by the show's success.

"It's exciting because it was about a Latino community in Washington Heights," he said. "The Latino population at HCC is 28 percent. This created a sense of community and it also made people feel proud of the culture."

HCC theater professor Patricia Sandoval, an HCC and Mount Holyoke College alumna, directed the production. She said that while the musical is set in a mixed Hispanic barrio in the upper West Side of Manhattan it could just as easily have been set in Holyoke.

"It brings to light the struggles, hopes and dreams of this community," she said.

The symposium will explore themes raised in the show, such as gentrification, identify, culture, as well as music, and Latino/a theater.

One speaker will discuss grandmothers as icons, which ties into central character in the play - Abuela Claudia - and to a photo exhibit that was also on display in the HCC theater lobby during performances, "Neustras Abuelas/Our Grandmothers."

"The photo exhibit is integral," said Sandoval-Sanchez. "My goal is for students to have access to their culture and be proud."

"In the Heights in Holyoke: An Interdisciplinary Analysis for the Mapping of Latinidad, Civic Engagement, and Feminism," Vanessa Rosa, assistant professor of Latina/o Studies, Mount Holyoke College.

"Music as Praxis: Hope, Faith, and Community the Soundtrack for In the Heights," Marisol Negrón, assistant professor of American Studies and Latino Studies, University of Massachusetts, Boston.

"The Gentrification of Our Dreams: Urban Space and Upward Mobility in Lin-Manuel Miranda's In the Heights," Israel Reyes, associate professor of Spanish and Portuguese, Dartmouth College.

For a more detailed schedule of events, please go to: www.mtholyoke.edu/acad/spanish/events

PHOTO by CHRIS YURKO: A scene from the Fall 2018 HCC production of Lin-Manuel Miranda's "In the Heights"