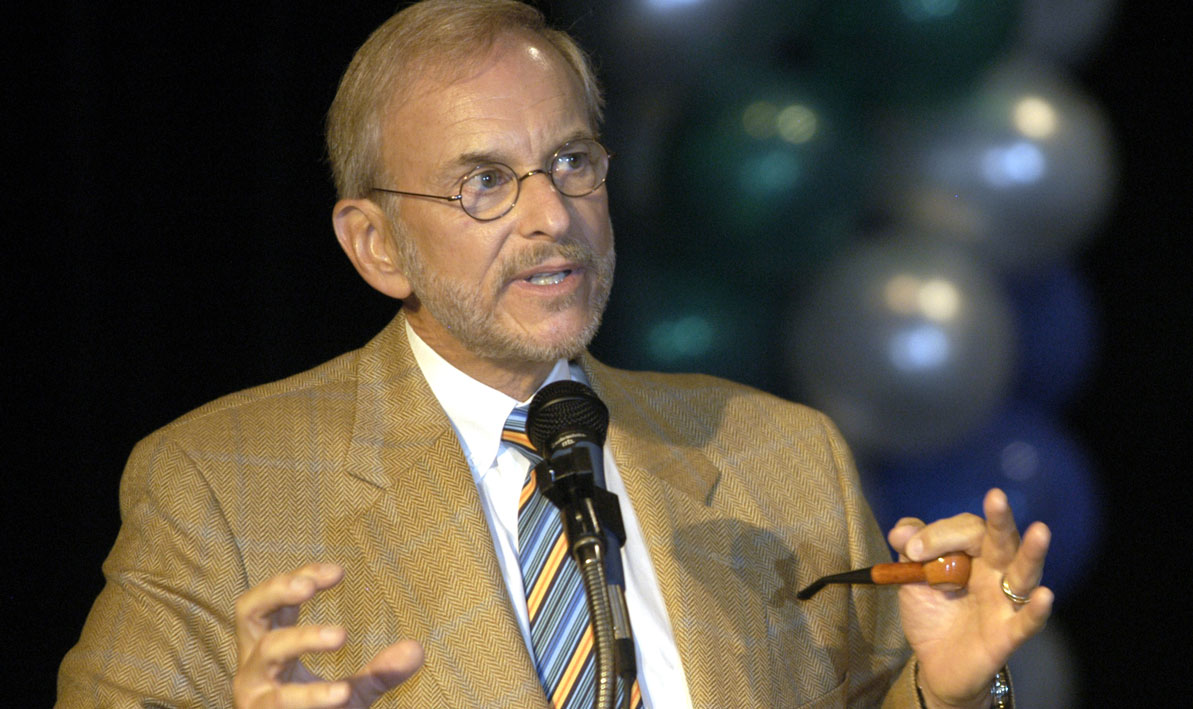 As a teenage entrepreneur, Michael Kittredge '73 was already running a fledgling candle business out of his parents' South Hadley home when he started taking classes at Holyoke Community College. In subsequent decades, though, as his start-up grew – and grew – he often credited the college for providing the lessons that helped him turn that one-man operation into the Yankee Candle Company, the global retailing giant, popular tourist attraction and one of the region's largest employers.

"HCC played a huge role in my social and career development," Kittredge said in 1996 at HCC Commencement, where he was honored with a Distinguished Service Award for his many contributions to the college and the community. "My high school grades and my family's finances would have otherwise prohibited me from furthering my education. Fortunately, HCC was there and accepted me. It gave me the important start that I needed."

In more recent years, he went even further than that: "Without HCC, there would be no YCC."

A two-time cancer survivor who suffered a debilitating stroke in 2012, the 67-year-old Kittredge died July 24 at Brigham and Women's Hospital in Boston after a brief illness, his family announced.

After his death, Kittredge, the entrepreneur and philanthropist, was remembered at HCC for his business success, generosity and dedication to the college and its students.

"The passing of Mike Kittredge is a tremendous loss to our community," said HCC business professor Ellen Majka, whose class, "Topics in Business: Living Case Studies," Kittredge often hosted at Kringle Candle in Bernardston, which he founded with his son, Michael J. Kittredge III years after selling Yankee Candle. "Mike was an incredible inspiration to our students and will be forever remembered for the impact he had on our student entrepreneurs."

"Mike's creative spirit was the spark that led to his founding Yankee Candle, a project that began in his mother's kitchen and grew into a global enterprise employing thousands," President Christina Royal said in a statement to the campus community. "He saw his success as a means by which he could contribute to the betterment of others. His legacy lives on at HCC, and he will be sorely missed."

Kittredge was the first person in his family to attend college. He came to HCC in 1971 unsure about his future and never forgot the HCC adviser who inspired him.

"He was the first person to suggest I might make a living in the candle business," Kittredge said in 2003, "while family and friends insisted that passion would be nothing more than extra income to supplement a 'real job.'"

By 1972, while still a student, Kittredge had moved his candle business to a 2,000-square-foot factory in Holyoke and by 1983 had reached $1 million in sales and began building what became Yankee Candle's signature manufacturing plant and showroom on Route 5 in South Deerfield.

In 1988, Kittredge received HCC's Outstanding Alumni Award. In 1996, USA Today named him Entrepreneur of the Year.

Besides business, Kittredge was well known throughout western Massachusetts for his love of music and his philanthropy. He shared his financial success with HCC through regular unrestricted donations to the HCC Foundation. Beyond that, he and his wife Lisa gave $25,000 in 1999 to endow a scholarship in the name of their son, Michael, which is awarded each year to a business or music major who shows "entrepreneurial spirit."

The most recent Kittredge scholarship went to one of Majka's students, 19-year-old business administration major Eric Grigoryan of Westfield, who had hoped to meet Kittredge to thank him personally – and talk about business.

"Coming from a low-income family, the scholarship was definitely a big boost, especially since it is awarded for entrepreneurial spirit," said Grigoryan, who, like Kittredge, started a home-base business when he was in high school – GrigCinema. "I'm planning to use that money toward my education and my filming business."

The Yankee Candle founder's principal legacy at HCC is the Kittredge Center for Business and Workforce Development. Kittredge and his wife donated $1 million to HCC in 2003 to jumpstart a $4 million capital campaign for construction of the five-story, 55,000-square-foot facility. At the time, their gift was the largest individual contribution ever made to the college and the largest alumni gift to any community college in Massachusetts.

"Giving back to Holyoke Community College makes a lot of sense," Kittredge said at the time. "Without it, our 'little dream' probably would not have happened. Entrepreneurialism is in the soul, but colleges like HCC can release that spirit and teach the skills needed to apply it. Plus, we are going to need more business people in the area. Next time I launch a business, I'm not going to try to do everything myself. I'm going to hire a lot of good, well-trained people, and I hope they come from HCC."

The center opened in May 2006. During the ribbon-cutting ceremony, Kittredge received a gift of "professorial" blazer and during a speech urged students to explore opportunities for new businesses.

"Every day I find things I am dissatisfied with out in the marketplace," he said. "The opportunity is to go out there and do it better. I did not invent scented candles. I just did it better."

His hope for the Kittredge Center, he said, was that it would bring "curious budding entrepreneurs" to HCC. And it has.   Since its opening, the Kittredge Center has become a hub of activity for campus and community education, as well as one of the region's premier conference spaces, accessed by about 20,000 people annually, including business students, professionals and community members, according to Jeff Hayden, HCC vice president of Business and Community Services.

"This building is really a unique place where the community gathers, whether it's the Pioneer Valley Planning Commission or the Regional Council on Homelessness or whether it's a business that decides to do training here," he said. "People come here to, as I like to say, get a job, get a better job or to do their job better."

For many years, Kittredge returned to campus as a guest lecturer. One of Hayden's favorite recollections is that of a casually dressed man sitting on the instructor's desk, paradoxically relaxed and excited, encouraging students to pursue their passions.

"He so loved the things that he had learned about entrepreneurship, especially here at the college," Hayden said. "He wanted to share those lessons with students, and he did that over and over again."

"Unforgettable" was one word students frequently used to describe their conversations with Kittredge, according to Majka.

"He gave our students a unique opportunity to learn what it takes to be successful in launching and developing a business," she said. "Students truly appreciated his genuine desire to share his vast knowledge. One of the many great quotes I remember from Mike was, 'Without HCC, there would be no YCC.' He felt that strongly about his educational experience at Holyoke Community College."

Learn more about the life and career of Michael Kittredge: