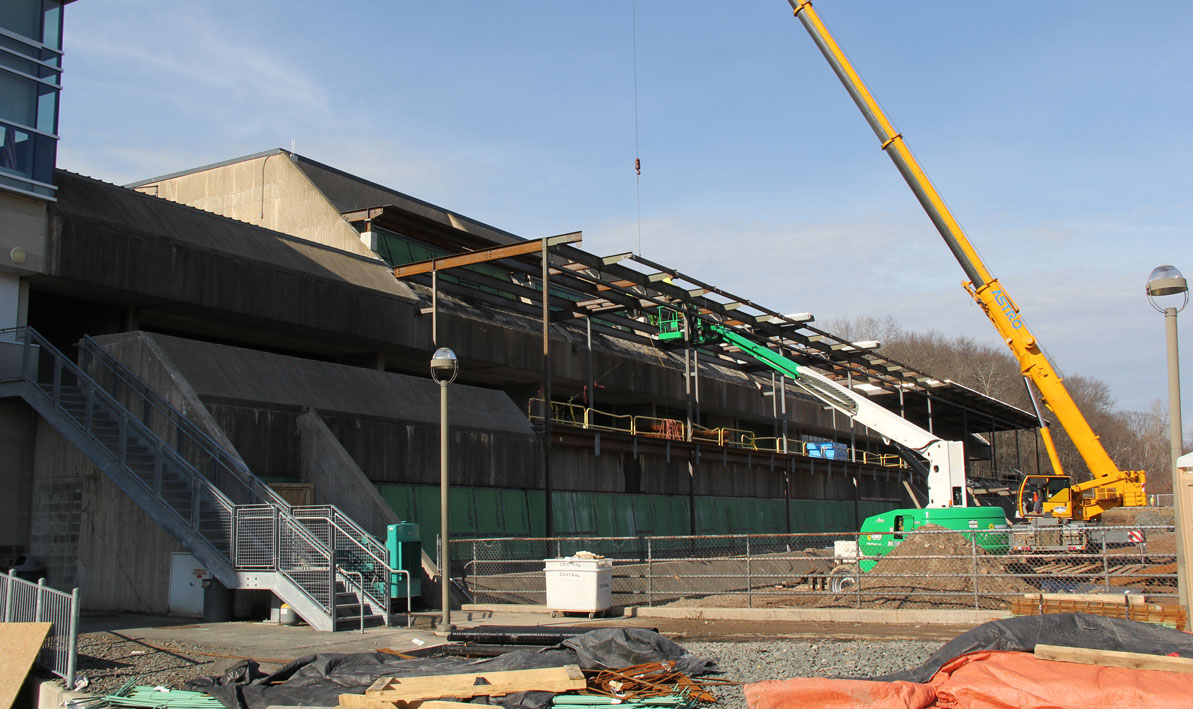 In a tradition that reportedly dates back to 7th century Scandinavia, Holyoke Community College will hold a "Topping Off" ceremony" on Wed., Feb. 28, as the last beam is added to the new roof of the HCC Campus Center, where a two-year, $43.5 million renovation project is now underway.

The short ceremony will begin at 10:30 a.m. in the parking lot in front of the building. In keeping with tradition, the last beam will be painted white to signify completion of the framework and the building's attaining its full height. The beam will be displayed at the site beginning at 9 a.m. that day so members of the HCC community will have the opportunity to mark it for posterity.

"Students, faculty and staff will literally be able to add their names to history by signing the beam before it is raised," said Amanda Sbriscia, vice president of Institutional Advancement. "We think this is a fitting way to symbolize the inclusive atmosphere our new Campus Center will provide."

The ceremony is also meant to honor the construction crew. Walsh Brothers is the general contractor for the project, which is expected to be completed next year.

HCC President Christina Royal will offer brief remarks before the beam is raised to its permanent home atop the building.

Akin to a barn raising, "topping off" ceremonies are traditionally held as the last beam is raised into place on new buildings. Besides being painted white, the beam is also typically adorned with a small evergreen tree on one end and an American flag on the other.

PHOTOS by CHRIS YURKO: (Above) Construction crews work on the roof of the HCC Campus Center.