News briefs from the HCC campus and beyond 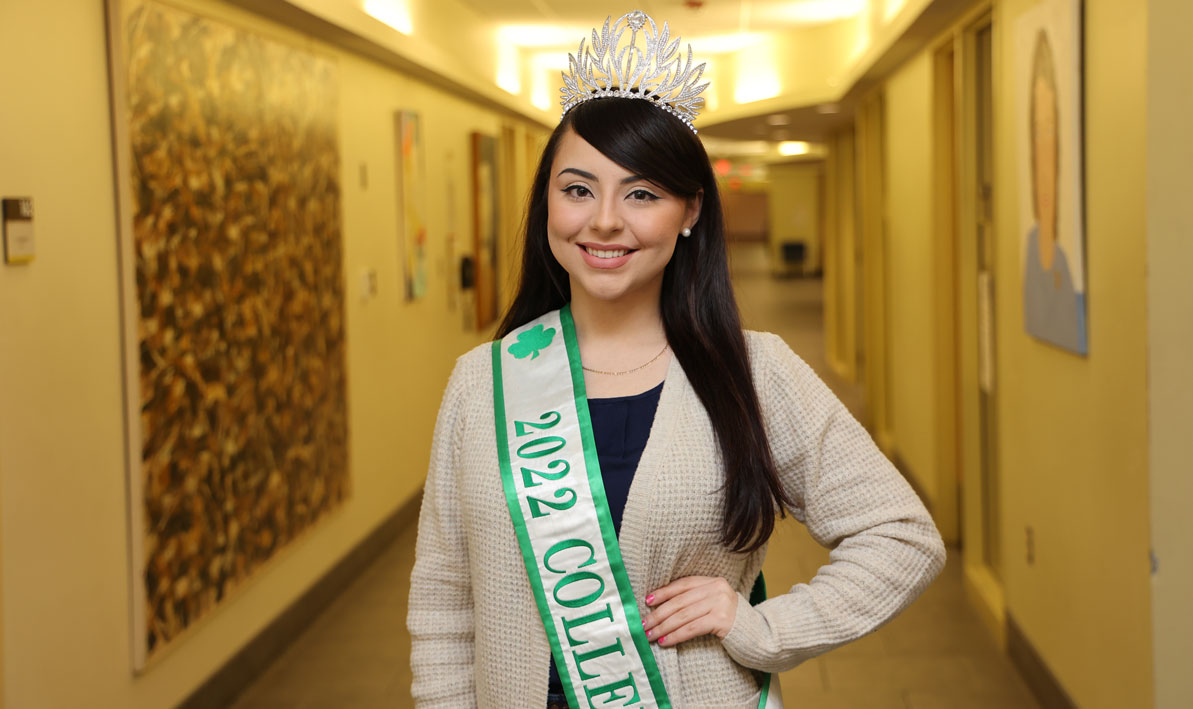 Being Colleen
Growing up in Chicopee, Ashley Terron '23 dreamed of one day competing in the city's annual Colleen contest, and maybe representing Chicopee aboard a float in the Holyole St. Patrick's Day Parade. But one factor gave her pause. "Colleen means Irish girl," she said. "I'm Puerto Rican. Both my parents are Puerto Rican. I always thought you had to be Irish, but that's not true at all." Early in 2022, during her last year of eligibility, the 20-year-old HCC biology major finally mustered the courage to enter the contest. After several rounds of interviews with a panel of judges, she won. "I couldn't believe it," she said. "It was such an experience. It makes me emotional just thinking about it." As her tenure now draws to a close, Chicopee's 2022 Colleen visited campus during January break with her tiara, green sash, and corsage. "I'm sad, but I'm really grateful," she said. "There are a lot of responsibilities. I've met so many people and learned so many valuable skills throughout my year." Terron, who also works as a personal care assistant, is now looking forward to graduating with her associate's degree in June before entering HCC's medical assistant program and then moving on for a bachelor's degree in biology on her way to a career as a physician's assistant. "I've worked really hard over the last five semesters, so it's really rewarding to finally be able to graduate," she said. "I learned a lot from HCC, and I've learned a lot from being Colleen." 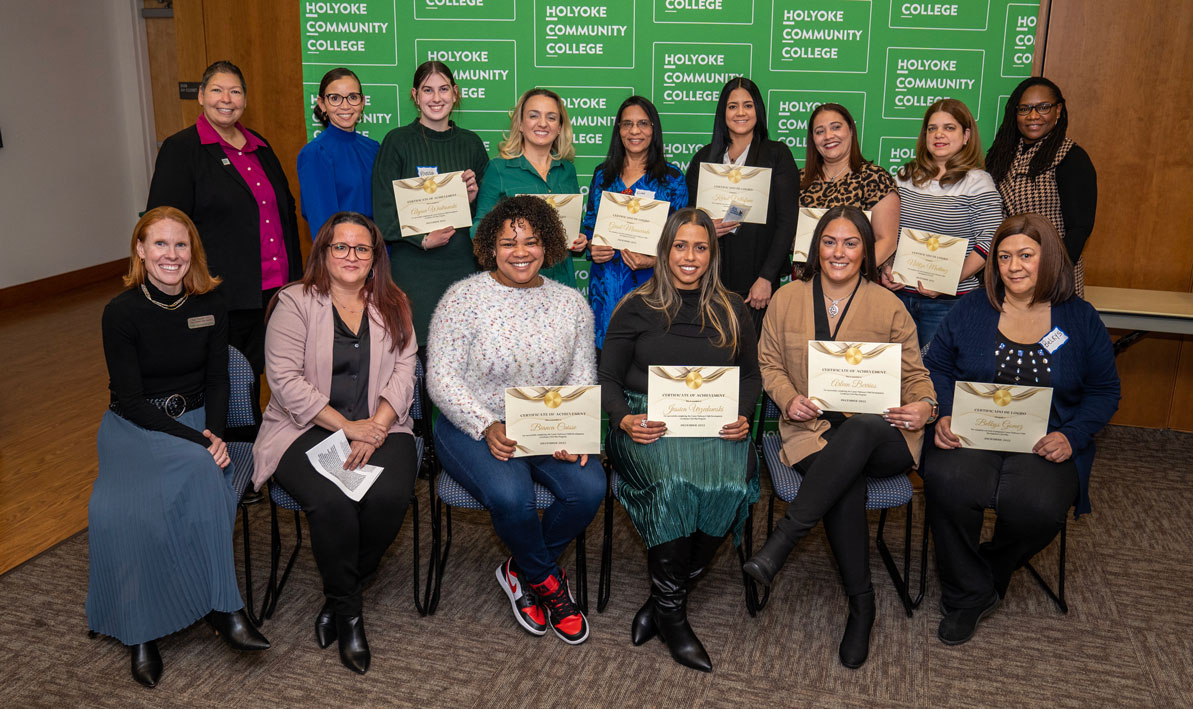 Más Educación
Earlier this month, HCC celebrated graduates of its first Child Development Associate Plus certificate program to be offered fully in Spanish. (The college also celebrated the sixth cohort of its English CDA Plus program.) CDA Plus is an 18-21 credit, early education certificate program funded by the Dept. of Early Education and Care to support the early childhood workforce. Students who participate in this program are either currently employed in an early childhood program or family child care home, or plan to be in the coming months. Since 2019, when HCC received the Career Pathways grant, the program has helped about 500 students obtain a college certificate, degree, or increase their EEC credentials. At the January 12 event, President Christina Royal and Sharale Mathis, vice president of Academic and Student Affairs joined students, faculty, and grant staff to help mark the occasion. "The EEC Career Pathways grants team and education faculty are so proud to have worked with staff and faculty across the college to make this program possible," said Kimm Quinlan, HCC director of early childhood grant initiatives. "The best part of the celebration was watching students' families and children clap and cheer for them. We couldn't be more proud of these students who, while working full time and caring for their families, also completed a college certificate program. It has not been an easy task, but they succeeded, and many plan to continue on to further their educations." 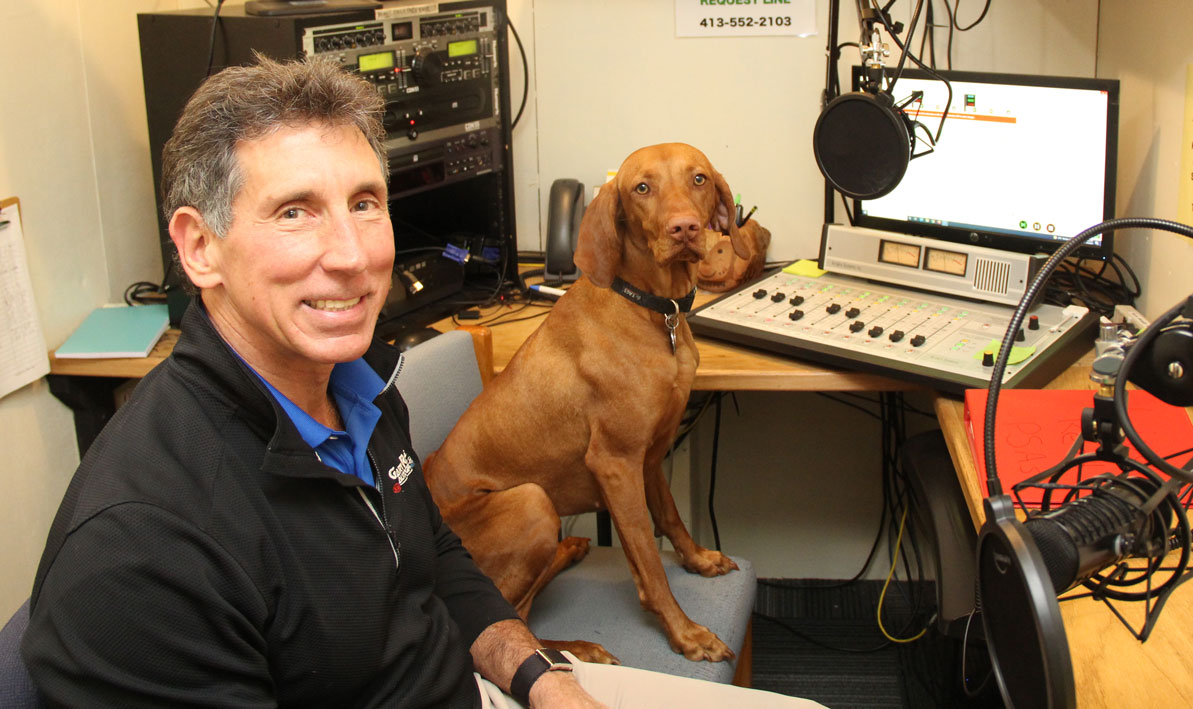 Recognizing Rome
Auto dealer Gary Rome, an HCC Foundation board member, was named TIME magazine's Massachusetts Dealer of the Year for his community service and accomplishments in the auto industry. Rome, owner of Gary Rome Hyundai in Holyoke, is one of 48 auto dealers (one from each state in the continental U.S.) to be nominated for the national TIME Dealer of the Year award. Rome and the other nominees will be honored Jan. 27 at the National Automobile Dealers Association Show in Dallas. Rome is also featured on the cover of the January 2023 issue of Massachusetts Auto Dealer magazine. The story inside, "The Golden Age of Rome," includes a photo of Rome alongside Julie Phillips, HCC's interim director of Development, and comments from HCC President Christina Royal. "Gary epitomizes the type of community leader who really leads with his heart and his willingness to use his energies to champion for greater access and empowerment of our community," she said. "I believe that's why so many people resonate with his energy, personality, and business." The article notes that Rome helped HCC launch its one-day "Drive to Change Lives" fundraising campaign in 2021 and 2022 and contributed matching donations earmarked for the President's Student Emergency Fund and HCC Food Pantry. "Our campaign success is similar to or in some cases even exceeds the success of many four-year institutions during doing similar campaigns," Royal said. "I think that alone is really compelling part of what makes Gary such a good industry leader, as he puts his passion around helping students gain greater access to careers and pathways to education. We are in the business of changing lives through education and he gets that." (PHOTO: Rome and his dog Daisy during a visit to the HCC radio station in 2022 to record a public service announcement for the college's Drive to Change Lives fundraising campaign.)