"We've had the display up for the whole month of September, and as long as people are still interested, we'll keep it up." – HCC Bookstore manager Sara Avery 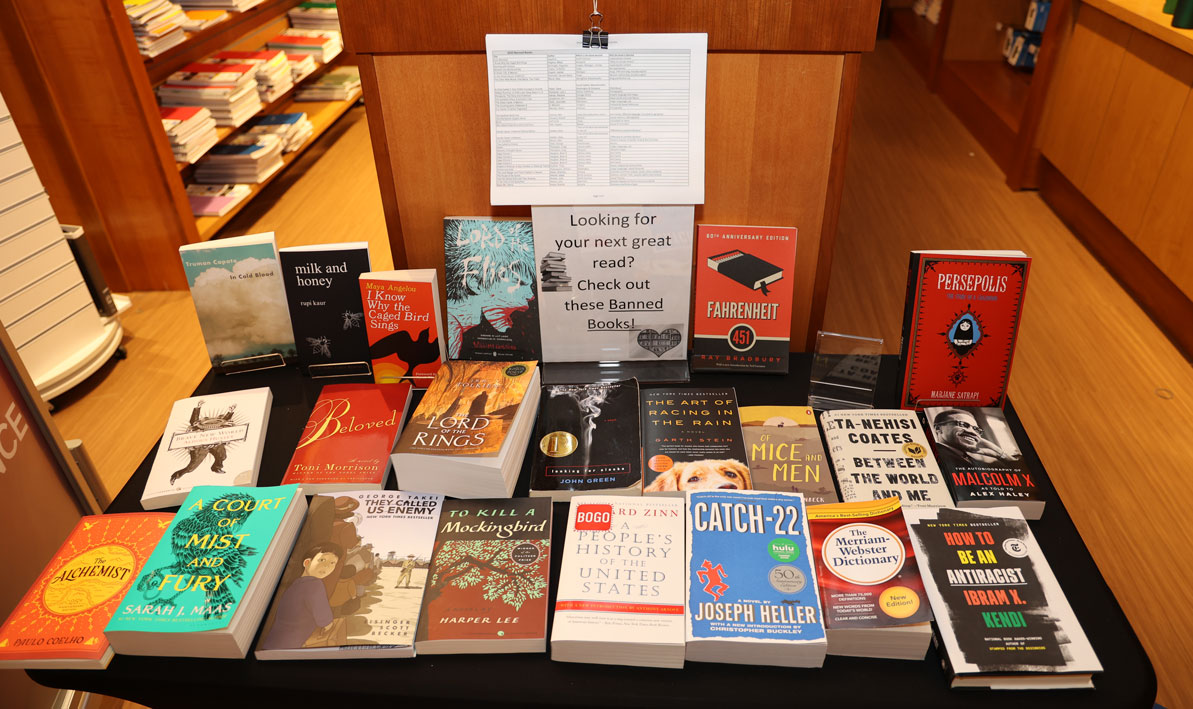 All too often, they are one and the same: books like Harper Lee's To Kill a Mockingbird, John Steinbeck's Of Mice and Men, Toni Morrison's Beloved, Joseph Heller's Catch-22, J.R.R. Tolkien's Lord of the Rings, and Alex Haley's Autobiography of Malcom X, to name a few.

"Most of them are classics, which is interesting," says Sara Avery, manager of the Holyoke Community College bookstore.

Each year, the American Library Association and other anti-censorship groups promote Banned Books Week, which this year was recognized Sept. 18-24. The HCC Bookstore has had a table of banned books prominently displayed since the beginning of the fall semester, right next to the checkout counter.

"It's been really successful," Avery said. "It's been a topic of conversation for a lot of people. Some of the books we even pulled off the shelves for our display because they're used in classes here at HCC."

Not only have people been buying the books, she said, the display itself has generated a lot of questions from students about why they are banned and by whom.

The answers can be found on a spreadsheet list that complements the display – seven pages of book titles, along with the authors' names, the states where they are banned, and the reason, including:

I Know Why the Cages Bird Sings, by Maya Angelou (Maryland, "likely to corrupt minors").

The Other Wes Moore: One Name, Two Fates, by Wes Moore (Springfield, Mass., "drug and alcohol use")

Avery said she does not intend to remove the display any time soon.

"We've had it up for the whole month, and as long as people are still interested in it, we'll keep it up," she said.

PHOTO: A display of banned books at the HCC Bookstore.