Students on the Autism Spectrum named Club of the Year 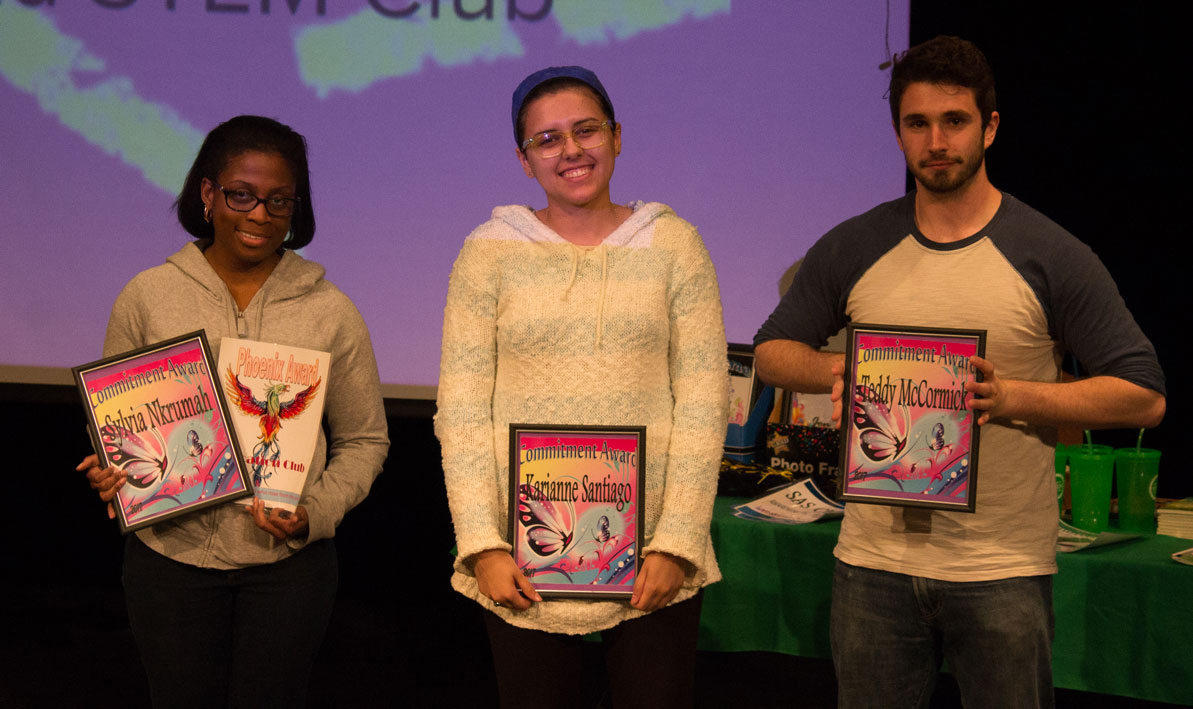 The Students on the Autism Spectrum club was named Club of the Year Friday during a rousing celebration that recognized HCC clubs and the students and staff who make them possible.

The annual spring Club Awards ceremony was held in the Leslie Phillips Theater, followed by a reception in the Picknelly Dining Room.

Here is a full list of Club Award winners:

Phoenix Award (For an HCC club returning after a hiatus):
Students on the Autism Spectrum Club
Education Club
Military Club

Heart and Soul Award (A friend to all, this giving person listens to others with patience and understanding and always goes the extra mile for the club, its mission, and its members):
Chloe Soto, Student Senate
Jess Krolicki, Radio Club
Chet Wilson, Military Club
McKenzie Wilson, Education Club