'Whatever I can do' 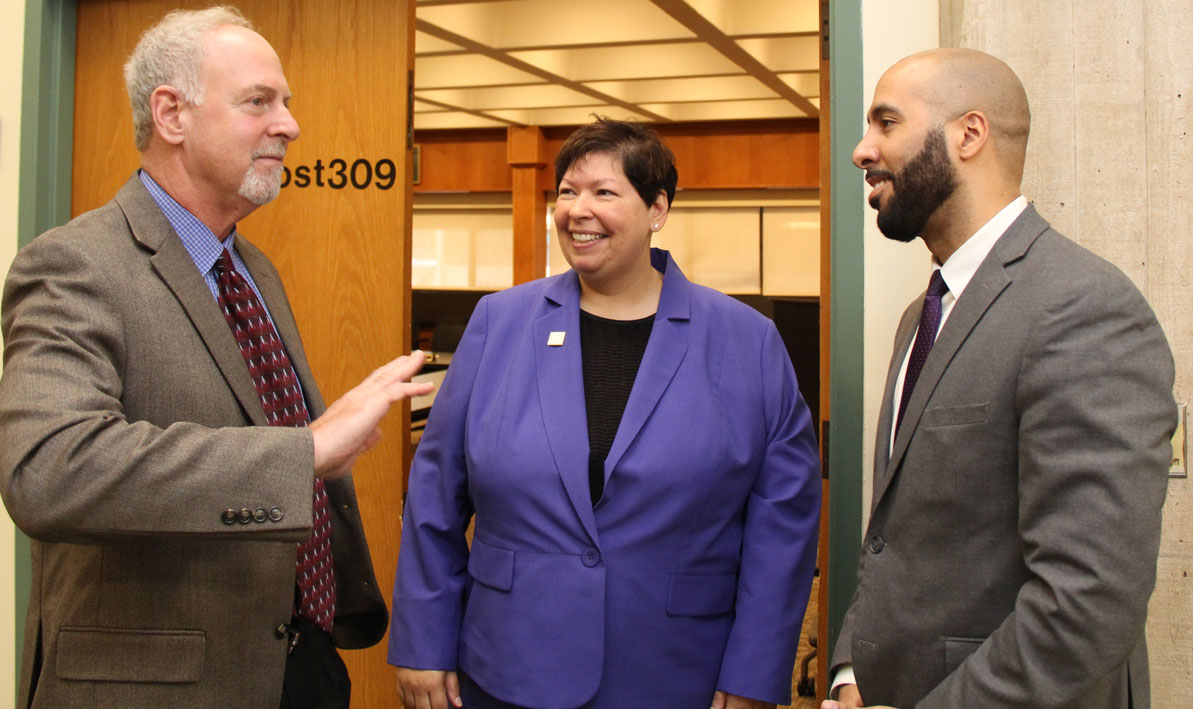 Jose M. Delgado, a Springfield native who has been active in local and state-wide government affairs for most of his professional career, has been appointed to the Holyoke Community College Board of Trustees by Gov. Charlie Baker.

Delgado, 32, is director of Government Affairs for MGM Springfield and a former aide to Springfield mayor Domenic Sarno.

"Despite my age, I've been out in the community for a while, particularly in Springfield," Delgado said after his first HCC trustees meeting on Tues., Nov. 27. "It's good to see some familiar faces on the board, but also some folks that I don't know. It's exciting to hear what's going on at HCC. I'm honored to be part of it and looking forward to what's to come."

Born and raised in Springfield, Delgado graduated from Central High School before going to Westfield State College where he earned his bachelor's degree in Mass Communications with a minor in Business Management. Earlier this year he completed his master's degree in Business Administration at the Isenberg School of Management at the University of Massachusetts Amherst.

"I'm a first-generation college student and not too different from many of the students here at HCC," he said. "My mom didn't make it to high school. My dad graduated high school and that was about it. So higher ed, education in general, is important to me because I've seen what it did in my life. I'm a kid who grew up on public assistance, was able to break that cycle, and I'm looking forward to doing the same thing here at HCC in terms of motivating students – whatever I can do to help."

Since graduating from Westfield State in 2008, Delgado has also worked as a program coordinator for the Massachusetts Latino Chamber of Commerce, a field operations supervisor for the U.S. Census Bureau, and a pre-admissions advisor and recruitment coordinator for the University Without Walls at UMass.

As a volunteer, Delgado has served as vice chair of the Springfield Puerto Rican Parade Committee and is a founding board member of Suit Up Springfield. In 2014, he was named one of the "40 Under Forty" by Business West magazine.

He lives in Springfield with his wife, Danielle, and two young children, Jonah, 7, and Mia, 3.