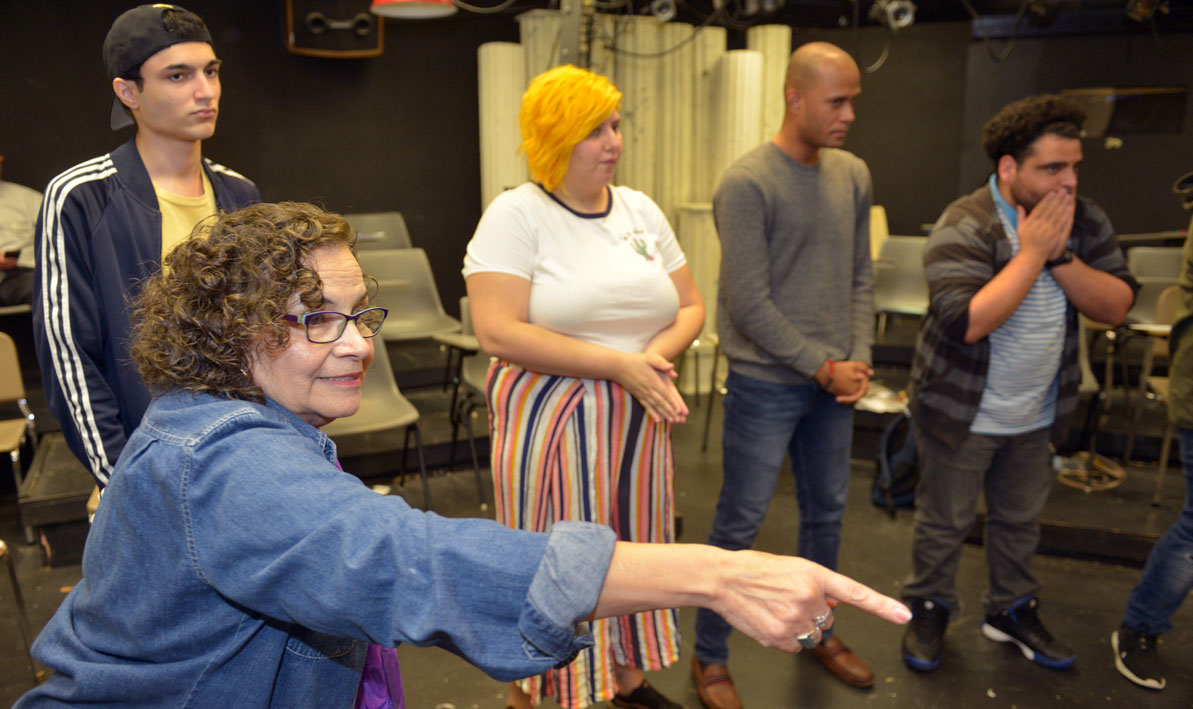 Students from Holyoke Community College this week will perform a virtual staged reading of Failure is Impossible, a play celebrating women's suffrage.

The free performance, directed by HCC theater professor Pat Sandoval, will be hosted on Zoom on Thursday, Jan. 14, starting at 6:30 p.m. in conjunction with Holyoke's Wistariahurst Museum.

Attendants must register in advance through a link on the Wistariahurst website.

First performed in 1995 to celebrate the 75th anniversary of women's suffrage, the play by Rosemary Knower dramatizes the debate leading up to passage of the 19th Amendment, which granted women the right to vote.

The play was originally scheduled to be performed live on the stage of HCC Leslie Phillips Theater in March 2020 during Women's History Month, in honor of the 100th anniversary of the 19th Amendment. But that show was cancelled due to the COVID-19 pandemic.

"I think it's even more significant now that we're doing this piece," Sandoval said. "The play is not a work of fiction. It is filled with historical facts, so it's educational and important and timely. Everybody should know the struggles of the suffragettes. We take it for granted, but, as we know by current events, democracy and rights are not just handed to us."

The performers are students from an HCC Learning Community class taught jointly by Sandoval and HCC history professor Diane Beers titled "She Persisted," which combines women's history and acting. The title adopts the now-familiar expression used in 2017 by U.S. Senate majority leader Mitch McConnell in defending the Senate's vote to silence Senator Elizabeth Warren's objections to the confirmation of Jeff Sessions as U.S. Attorney General.

"We chose 'She Persisted' because all the women we study show this determination to keep on persisting and it's particularly true of the suffragettes," Sandoval said. "It's only been 100 years since we've had the right to vote, and the country's been around since 1776, so women have been struggling since the beginning for the right to vote."

Sandoval and Beers will be teaching the class again this spring.

Attendants must register in advance through a link on the Wistariahurst website.

The program is funded by a Community Development Block Grant. Additional support has been provided through NEH CARES Act funding granted by Mass Humanities.