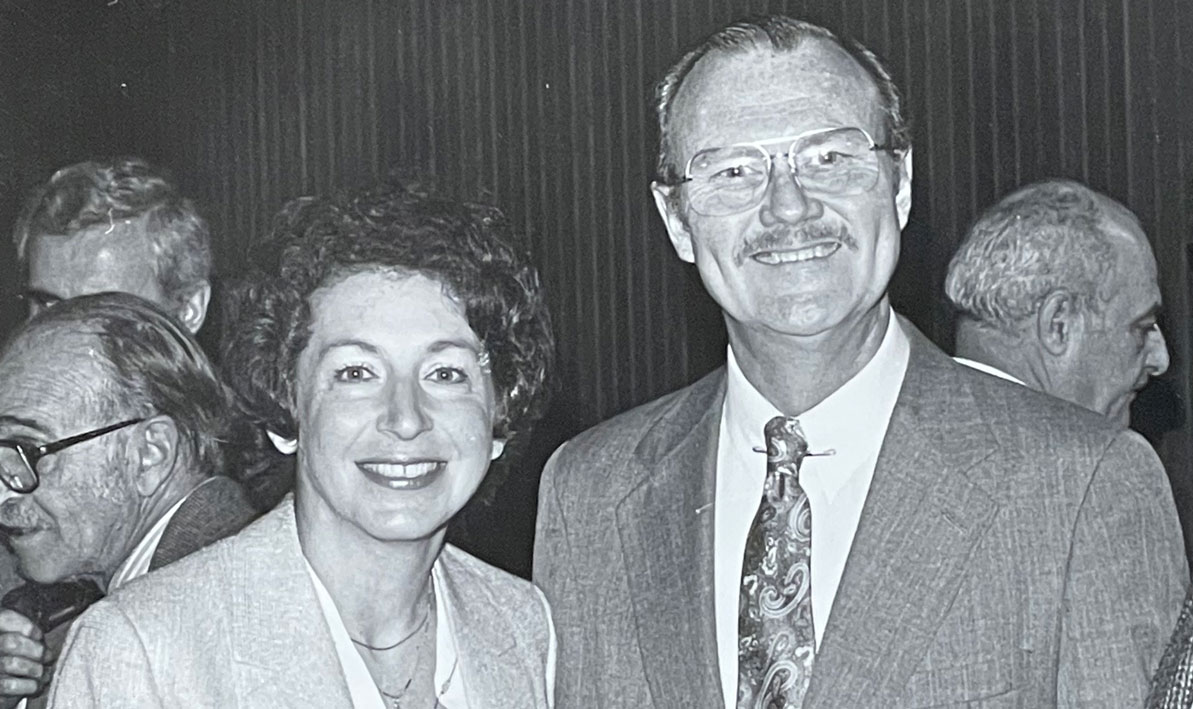 EDITOR'S NOTE: This story also appears in the Fall 2022 issue of The Connection, the HCC college magazine.

In 1944, President Franklin D. Roosevelt signed the Servicemen's Readjustment Act, also known as the G.I. Bill. With its passage, thousands of World War II veterans who otherwise could not have afforded college now had the opportunity to attend.

One of them was Joseph T. Wright of Northampton, Mass.

During the war, Wright had served in the U.S. Air Force. In 1952, using the G.I. Bill (and under the guidance of President George Frost), Wright enrolled at Holyoke Junior College. That began a 70-year relationship with the school - now HCC - that ended on April 24, 2022, with his death at the age of 92.

"Joe's impact on HCC is immeasurable," said Amanda Sbriscia, vice president of Institutional Advancement and executive director of the HCC Foundation. "I remember him saying that his heart belonged to HCC. In so many ways, Joe was the heart of HCC. He brought incredible joy and passion to his service as a board member, donor, and alum. In the 75-year history of the college, Joe Wright stands out."

Indeed, Wright poured his heart into everything he did. During his first year at HJC, he was elected to student council; sophomore year, he served as president. He served as co-editor of Latch Key, the college yearbook, and participated in the annual variety show. At graduation in 1954, he was awarded the William Whiting Prize for excellence in public speaking and the Stanley Ross Prize for outstanding citizenship.

Most importantly, he found his heart at HJC - classmate Angela Cataldo '54, whom he married and whose hometown of Holyoke he adopted.

"They were a match from day one," said Frances Kane '56, a member of the HCC Foundation Board of Directors and a longtime friend. "They were just a great couple, and they never left Holyoke."

After finishing school and getting married, Joe and Angela Wright built their new home in Holyoke and raised three children there. Wright began to work for his father-in-law, Frank Cataldo, founder of the Food Mart chain of grocery stores. As senior vice president, Wright oversaw the construction and growth of the supermarket chain to more than 40 stores in western Massachusetts and Connecticut.

"Joe had 5,000 employees at Food Mart, and he knew everybody - knew their first names, knew their kids' names," said Angela. "I still meet people on the street all the time who comment on what a joy it was working for Joe."   Through the years, the Wrights became even more embedded in city affairs.

"When someone mentions Holyoke, the two people I think of are Angie and Joe Wright," said Paul Boudreau '67, former member of the HCC Board of Trustees and the HCC Foundation Board of Directors, and longtime friend of the couple. "They just don't make people like Joe and Angie anymore - the commitment, the devotion, the motivation to give up their time and parts of their life to make where they live a better community. That's what made them so unique."

Wright served on numerous boards and committees in Holyoke. Angela recalls many nights during bad snow storms when her husband, as commissioner of Public Works, would ride in one of the city's plows to ensure the streets were clear and safe. In particular, she said, her husband wanted to be certain local doctors could respond to calls when needed.

In January 1968, after the fire that burned HCC's main building, the former high school on Sargeant Street, Wright trudged through the charred remains with his mentor, HCC president George Frost, searching for whatever files could be salvaged. (Many of those scorched documents survive to this day in the archives of the HCC Library.) 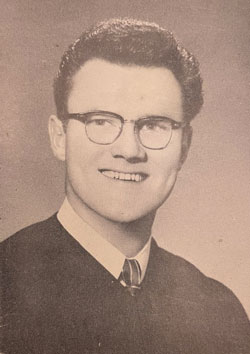 Wright and Frost were determined to keep the college in Holyoke when such an outcome was far from assured. Frost tapped Wright for help organizing local business, education, and civic leaders to raise money for a new HCC campus. The success of the nonprofit he co-founded, Friends of Holyoke Community College (later to become the HCC Foundation), saved the school and proved Wright's knack for fundraising.

"When Joe believed in a product, he could convince you to buy it," said Kane. "And he believed in the product of whatever he was fundraising for. If he was involved, he was 100 percent in."

Wright served on the HCC Board of Trustees from 2007 to 2013 and on the HCC Foundation board of directors from its inception in 1968 until 2017, remaining affiliated thereafter as director emeritus. (Angela was also a long-serving member of the HCC Alumni Council.)

Through their efforts, and their own private donations, the Wrights helped build the Foundation's endowment into what it is today - the largest of any community college in Massachusetts.

In addition to his work for HCC, Wright led fundraising efforts for Holyoke Hospital, Blessed Sacrament School, and the United Way, and many other organizations. When Mountain Park, the beloved local amusement park on Mount Tom, was closing, the Wrights organized a campaign to save the Merry-Go-Round and relocate it to Holyoke's Heritage State Park, where it remains. At the time, they even volunteered to help paint the horses.

Wright was always curious and engaged. According to Angela, when their son Joe entered the U.S. Naval Academy, Joe studied up on the Navy. When their daughter, Jo-Ann Davis, started practicing labor law, he began learning about labor law. If he became friends with a doctor, Wright wanted to learn everything there was to know about their field of practice.

"He had a passion for traveling the world and meeting people, learning how they thought," said Sue Ellen Panitch, a former HCC trustee and current member of the HCC Foundation board, "and he had a remarkable ability to draw them out."

Providing monetary support to the college was never enough. Wright was also an unflinching advocate for HCC and never forgot everything George Frost had done for him when he was starting out as a student. During an interview about the 50th anniversary of the HCC Foundation for the spring 2019 issue of The Connection, Wright recounted what he told HCC students through the years: "Never forget the opportunity you got here that laid the foundation for the rest of your life."

In that article, Wright credited HCC for preparing him for transfer to Boston University and launching his career in retail, from which he retired as executive vice president of the New England division of the Waldbaum's supermarket chain.

Over eight decades, Wright's devotion to HCC never wavered. Once, during a meeting with a friend from B.U., he brushed aside any notion of donating to his other alma mater. "Don't send me any appeals," Wright told his former classmate. "My heart belongs to Holyoke Community College."

Wright had HCC's heart as well. In 1984, the college honored him with a Distinguished Service Award at Commencement and did so again along with Angela in 2003, when they delivered a joint Commencement address.

"Joe was a great guy, who brought his joy of life and his enduring love of family and friends to all of us," said Angela. "He lived a full life. He really did."

And he will be missed.