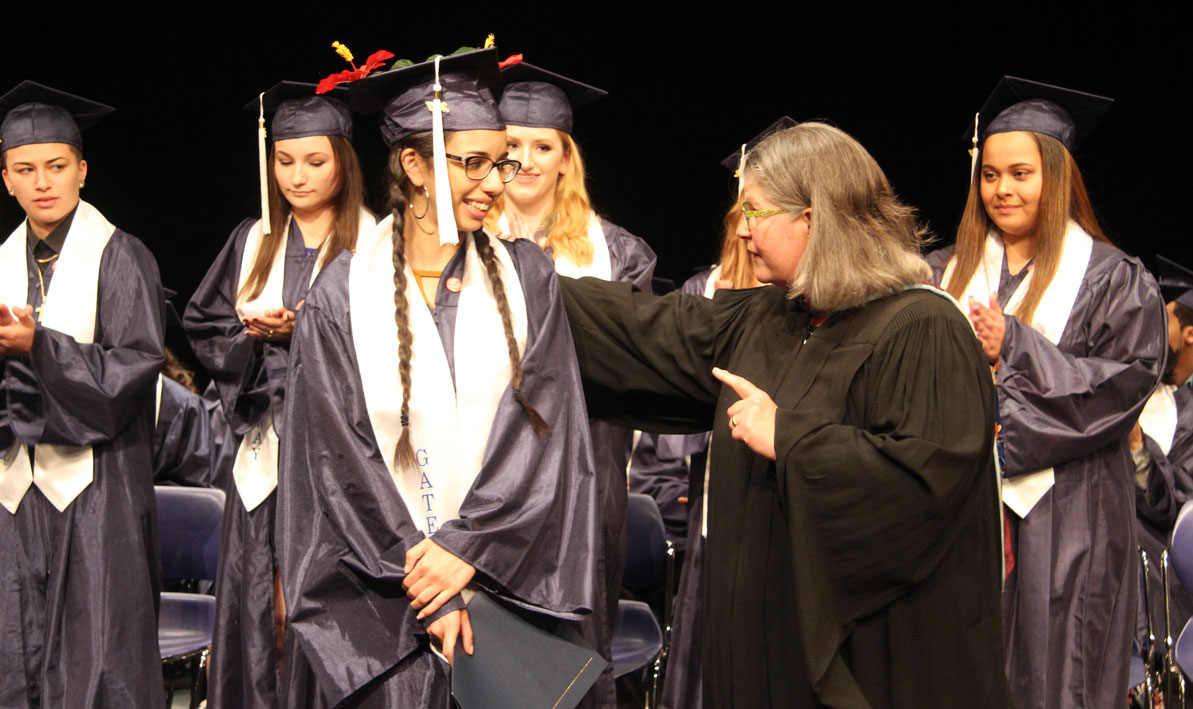 For the second year in a row, the Gateway to College program at Holyoke Community College has received national recognition for exemplary performance.

The Gateway to College National Network, based in Portland, Oregon, honored HCC with its 2017 Gateway Program Excellence Award at a conference in Providence, Rhode Island, last month.

Gateway is a second-chance, dual-enrollment program for students who have either left high school or are at risk for dropping out. Gateway students take college classes and earn college credits while also working toward their high school diplomas.

HCC's Gateway program won the national network's inaugural Excellence Award last year and in 2014 was ranked number one among all the Gateway programs in the United States.

"We're awfully proud," said HCC Gateway to College coordinator Vivian Ostrowski. "Putting disadvantaged, at-risk youth into college classes may seem counterintuitive, but our students have proven year after year that this model works and they can succeed at high academic levels."

Among them was J'Anthony Smith of Holyoke, who received the Gateway National Networks Presidents Award, which recognizes students who earn a GPA of 3.7 or higher. Smith will continue his studies at HCC in September as a business administration major. He is also a candidate for a Holyoke City Council seat in Ward 2.

Of the 42 Gateway programs in the U.S., only eight received the Excellence Award this year.

"We are proud to have Holyoke in our network and your program is an exemplar for all of our partners and high school reengagement programs across the country," Emily Froimson, president of the Gateway National Network wrote in congratulatory letter to HCC president Christina Royal. "We are encouraged by your success and look to your program to be a model and a leader within our network."

Since its founding in 2008, HCC's Gateway to College program has helped 251 students earn their high school diplomas while also getting an early start on college. More than half have continued on to college and so far 30 have earned their associate degrees from HCC, and six have earned bachelor's degrees. Six Gateway to College graduates earned their associate degrees from HCC on May 27.