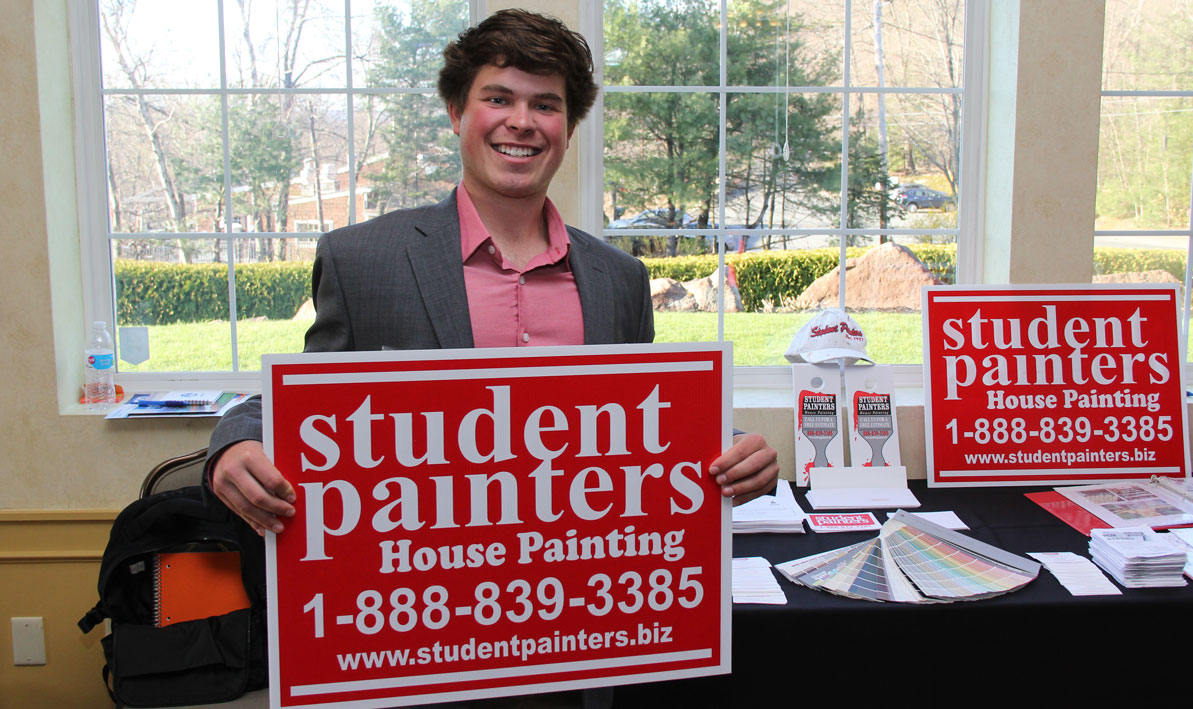 Holyoke Community College nursing student Alexandra Pinschmidt '22 drew on her years of experience working as a doula to come up with the idea for The Hip Squeezer, a tool to help relieve the pain of contractions for women during child birth.

"As a doula, I provide physical and emotional support during labor," Pinschmidt explains. "What my clients love most is the double hip squeeze. You stand behind the pregnant person and squeeze their hips during a contraction. They love it. It provides so much relief. I feel like a hero. But after three or four, my arms are exhausted ... Imagine a simple squeezing tool that uses mechanical advantage, not your biceps. It's useful for doulas, nurses, midwives, doctors, and expectant families. By helping our moms cope with labor longer, we reduce the need for potentially risky interventions like epidurals and C sections. The Hip Squeezer. On that special day, our babies, moms, and our arms will be happy."

Although The Hip Squeezer is at the moment only an idea, Pinschmidt's product pitch, quoted in part above, earned her top honors in the Grinspoon Entrepreneurship Initiative's annual Elevator Pitch Contest, held Wed., April 27, at the Log Cabin in Holyoke.

Pinschmidt, 43, a mother of two herself from Haydenville, earned the top prize of $850 as one of three winners selected by a panel of judges from 13 contestants representing colleges throughout the Pioneer Valley. The previous week, Pinschmidt won $1,000 for The Hip Squeezer at EforAll Holyoke's April pitch contest, taking home third place plus the audience award.

After she graduates from HCC in June, Pinschmidt will begin a midwifery program at Baystate Hospital in Springfield. She plans to use her award money to conduct market research on The Hip Squeezer before moving on to design a prototype.

Meanwhile, HCC business major Jacob Remillard, a dual-enrolled student at the University of Massachusetts, earned a $300 Concept Award from Grinspoon for his new business, Student Painters. The South Hadley resident, who plans to major in managerial economics at UMass, said he has so far amassed $48,000 in revenue during his first month of operation. He already employs four marketers and two painters.

"I'd like to be running a crew of five painters," he said. "I'm almost booked up for the summer."