Walking Out In Synch 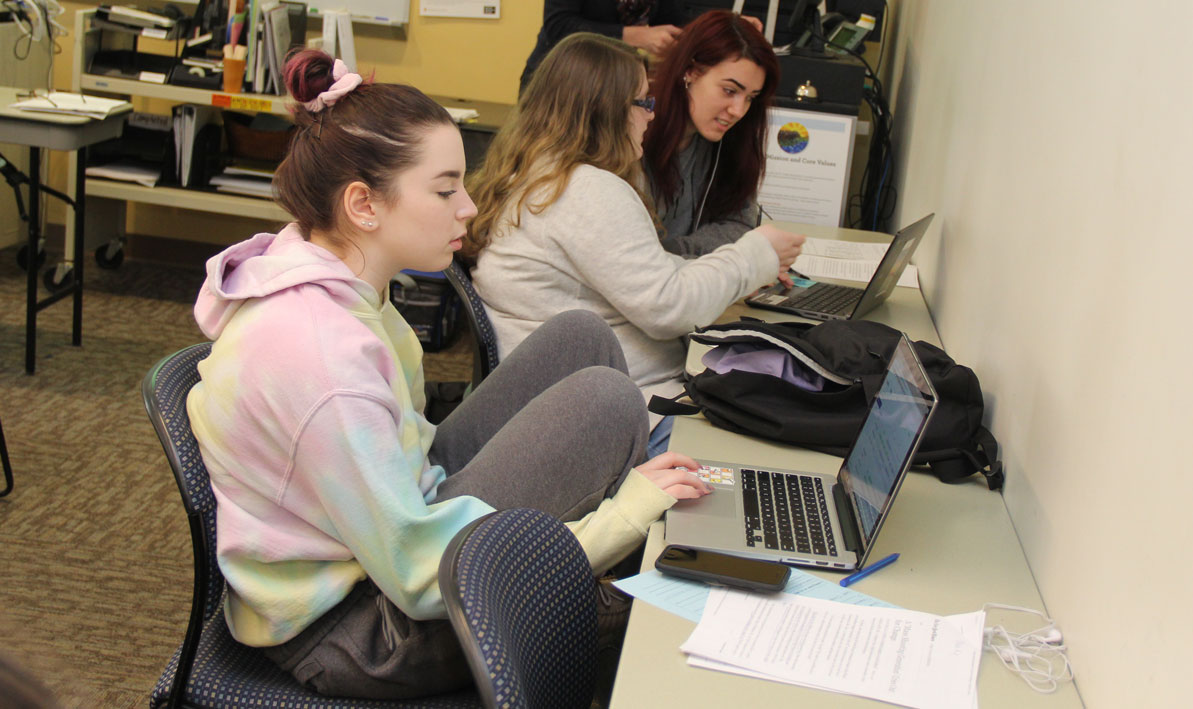 Compared to other walkouts, this one was low key and low volume. No one gave a speech or held a placard. There was no chanting. No TV cameras. No microphones. No audience. No noise.

While they did not expect to draw much attention, the students nevertheless wanted to act in synch with others from their generation who walked out of classes Wednesday at 10 a.m. to protest gun violence in the wake of the Feb. 14 mass shooting that killed 17 students and staff members at Marjory Stoneman Douglas High School in Parkland, Florida.

In the morning, before they walked out, the class signed up online with The Action Network to officially put the world on notice:

"I don't think us walking out is really going to change anything," said Tattianna Bilodeau, 17, of Southampton, "but I think it was important for us to do."

Mount Tom Academy coordinator Barbara Cheney decided to incorporate the walkout and the reasons behind it into the day's lesson plan.

She started with a poll to gauge interest. Six said, "I'm down with walkout." Three were "not sure," but in the end, everyone decided to participate.

Chloe Roux, for one, said she was glad she did.

"It made it more real," said the 17-year-old Belchertown resident.

The students read and analyzed a Feb. 18 New York Times article about student protests, "A 'Mass Shooting Generation' Cries Out for Change." They discussed "what we know" about Parkland, other school shootings and gun violence, and "what we wonder ... what we want to know more about ... and what we are confused about ..."

Later in the day they watched a documentary about the 1999 shooting at Columbine High School in Littleton, Colo., that killed 15 people.

"These guys were all born after Columbine," she said, "so everyone in this room grew up with mass shootings."

"It's weird how these things happen and we care about them for a week and then they blow over," said Sean Delson, 17, of Longmeadow. "We really need to start actually taking action, rather than just go, 'thoughts and prayers,' and people going on with their lives and letting people go on getting shot."

Students spent the rest of the day immersed in the material, writing essays and letters to elected officials.

Even though few people may have witnessed the walkout its lessons were not lost.

"This issue of school shootings is something I'm passionate about and I never realized it," Roux wrote in an essay. "The walkout we took part in, the article we read and the documentary we watched really moved me."