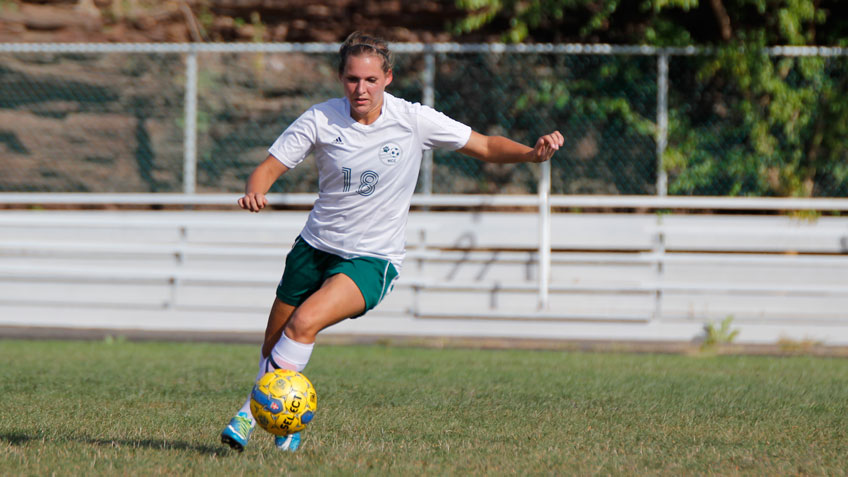 Sophomore Jennifer Galindo, a defensive center midfielder who helped lead the HCC women's soccer team to its fifth straight New England Championship, has been named a first-team All-American by the National Junior College Athletic Association for Division III for the 2016 season.

Galindo, a liberal arts major who graduated from Chicopee Comprehensive High School and now lives in South Hadley, lead the Lady Cougars with 13 assists and was named the team's most valuable player. She finished with 12 goals and a total of 37 total points, second only to her sister, attacking center midfielder Natalie Galindo of Chicopee, who was named a first-team All-American after the 2015 season.

"Jennifer was one of the Cougars most dominant players all season," said coach Rob Galazka. "She has exceptional skill with the ball, tremendous vision on the field and outstanding offensive and defensive abilities. She is also an extraordinary distributor of the ball. This honor is well deserved."

The Lady Cougars had a perfect 11-0-0 record in regional games this year, outscoring their competition 73-2 while registering nine shutouts on their way to the regional championship title.