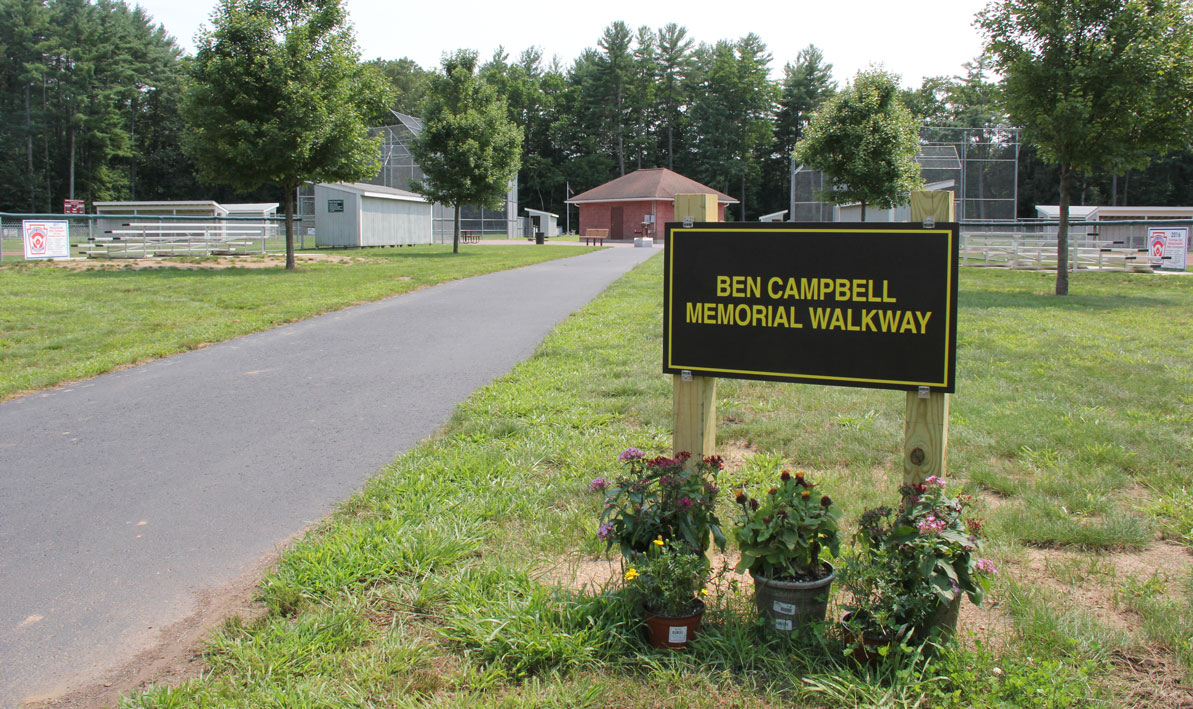 Editor's Note: This story appears in the Fall 2021 issue of HCC's alumni magazine, The Connection.

According to his friends, Ben Campbell '09 was one of the best hitters and defensive first basemen ever to come out of Easthampton Little League - "a stoic presence on the field and as good a ballplayer as he was a teammate and friend."

They called him "Soup."

After graduating from HCC with an associate degree in criminal justice and earning his bachelor's from Westfield State, Campbell went on to become a state trooper in Maine. On April 3, 2019, Det. Benjamin James Campbell, age 31, was killed in a freak accident on the side of Interstate 95 in Hampden, Maine. On his way to work that morning, he stopped to help a stranded motorist. Two wheels dislodged from a passing logging truck as it changed lanes to avoid the stopped vehicles. One of them struck Campbell.

His friends and former teammates spent two years planning and raising money for a fitting tribute. The Ben Campbell Memorial Walkway and a fountain were dedicated on June 26, 2021, at the Little League ballfields in Easthampton's Nonotuck Park. His wife, Hilary, and young son, Everett, took the first sips from the fountain.

There are two plaques on the fountain's base, which is shaped like home plate. One shows Campbell's likeness wearing his state trooper's hat. The other reads, in part:

"Ben 'Soup' Campbell ... was an integral member of the 1999 Little League All Stars state tournament run and the 2001 Junior League All Star State Championship team, including hitting a walk off Grand Slam to defeat Toms River, N.J., then continued his success on the field with American Legion Post 224, Smith Vocational High School, Holyoke Community College and Westfield State College. ... Ben exemplified everything that is great about Easthampton baseball: integrity, teamwork, and a love of the game ... He's sorely missed by his family, teammates, coaches, and friends, and should be an example for every ballplayer looking to make a positive impact on and off the field."