Idelia Smith will give the keynote speech at a Jan. 17 breakfast honoring Martin Luther King Jr. 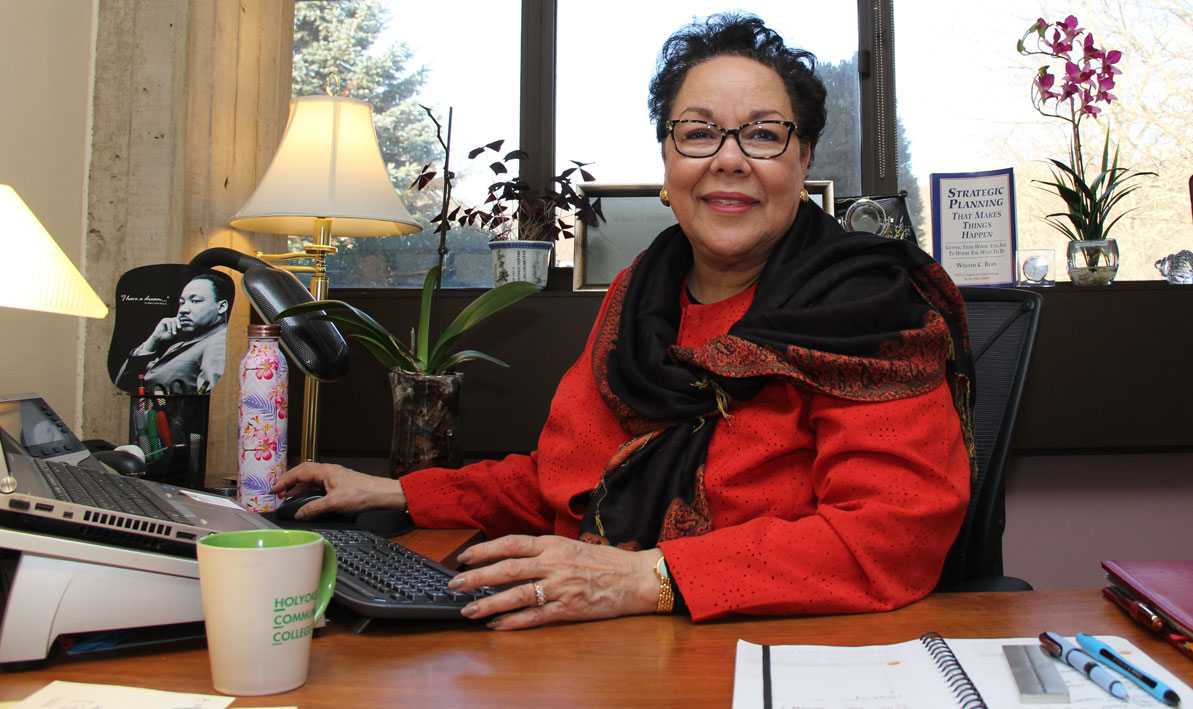 Smith's work in affirmative action, Title IX and diversity training highlight the purpose of the Council for Human Understanding, said Gina Nelson, the council's vice president and chair of the event.

The council's mission, "is to improve, where possible, the quality of human development in the greater Holyoke community, irrespective of sex, race, creed, ethnic origin, or gender identity, to help raise the level of human understanding by emphasizing our commonalities, to foster active programs in human relations through educational and humanitarian projects and, thus, to implement the principles for which we stand," she said.

Smith, who is originally from Minnesota and now lives in Shutesbury, joined the college in 1982 in the Cooperative Education & Career Development Department. Her membership on and work with the Affirmative Action Committee led to her appointment as the college's affirmative action officer. A subsequent expansion of her duties to include Title IX led to the additional title of assistant vice president of diversity.

The theme of Smith's talk will be Martin Luther King's legacy in the 21st century.

"Those of us at the Greater Holyoke Council for Human Understanding would love for you to join us for our annual MLK breakfast," Anderson-Burgos said in a Facebook post publicizing the event. "I got to know Idelia while I was a student at HCC. You will be in for a treat."

Over the past 25 years, Smith has done diversity training and facilitated workshops and presentations at state and national conferences.

In her current position, she oversees academic policy, publications and programs, and provides academic support, professional development, and leadership development. She is also the co-developer and coordinator of the Leadership Holyoke program.

Smith is a recipient of the governor's "Pride in Performance Award" as an outstanding state employee and was recognized by the city of Springfield as one of the 25 most prominent African-American women serving her community.

Smith, who currently chairs the board for the Holyoke Medical Center, has an extensive background in community service, having served on many non-profit boards, including the United Way of Holyoke, South Hadley and Granby, Valley Health Systems, the Pioneer Valley chapter of the American Red Cross and the Food Bank of Western Massachusetts.

The Holyoke High School Madrigals, led by music director Mark Todd, will provide entertainment at the breakfast event which begins at 8 a.m. at the Summit View Banquet House on Route 5 in Holyoke. Tickets are $17.50 in advance or $20 at the door.