/ About / News, Events & Media / News Stories / In the Heights Tickets

'In the Heights' On Stage

Tickets are now on sale for HCC's fall production, "In the Heights" 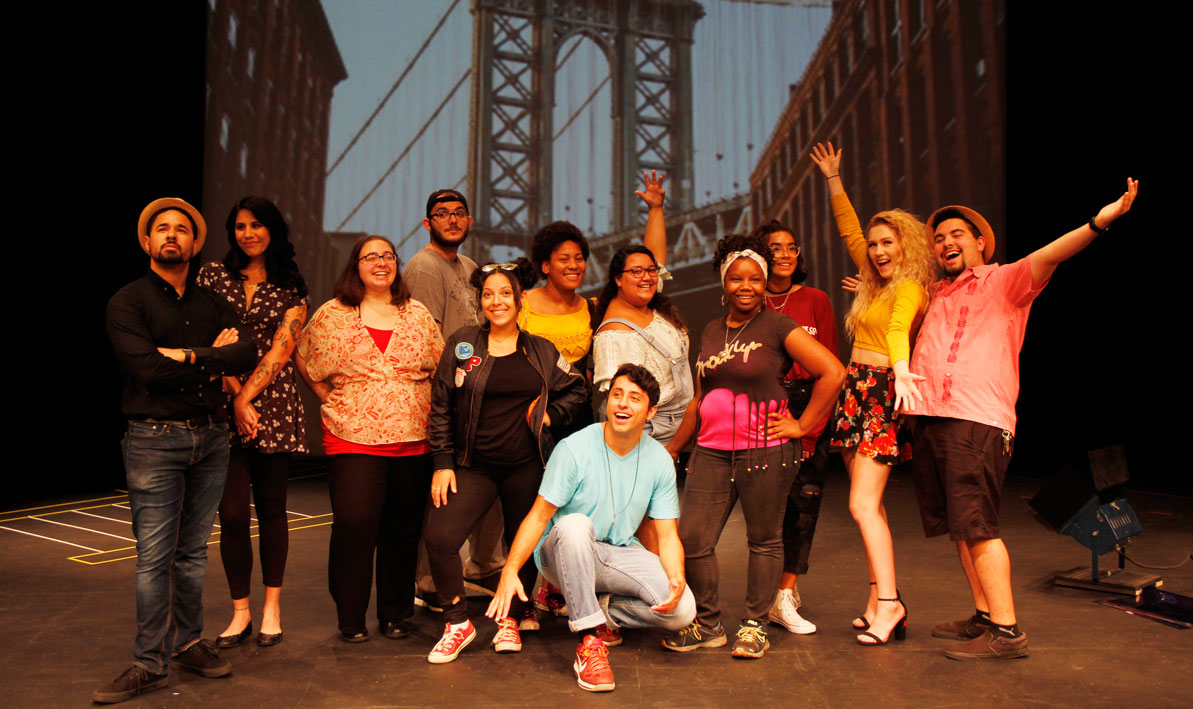 The Holyoke Community College Theater Department will bring "In the Heights" to the stage in November for a full-scale production with a cast comprising HCC students, staff and alumni, students from Holyoke High School, and other talented local actors and singers.

Tickets are now on sale on line for all dates and times through Brown Paper Tickets at hcctheater.brownpapertickets.com ($10 general admission, $8 students and seniors, $5 for members of the HCC community).

Tickets will also be available at the door if the shows do not sell out in advance.

"It's incredibly exciting," said Alberto Sandoval-Sanchez, professor emeritus at Mount Holyoke College, an expert in Latino Studies who is serving as a consultant for the production and scholar-in-residence at HCC for the semester. "We're expecting large audiences because it's so contemporary and it has so much to offer young audiences."

Lin-Manuel Miranda started writing "In the Heights" when he was a sophomore at Wesleyan University. The story is set around Fourth of July celebrations in the primarily Latino neighborhood of Washington Heights in New York City where Miranda grew up. The original Broadway production was nominated for 13 Tony Awards and won four: Best Musical, Best Original Score, Best Choreography, and Best Orchestrations. It also won a Grammy Award for Best Musical Show Album and was nominated for the 2009 Pulitzer Prize for Drama.

HCC music professor and college chorale director Ellen Cogen will serve as musical director for the production. Tiffany Joseph has been hired as the choreographer. There will also be a 10-piece band to perform the score. HCC theater professor Matthew Whiton is handling scenic design and lighting.

PHOTO by CHRIS YURKO: The cast of the HCC Theater Dept. production of "In the Heights."