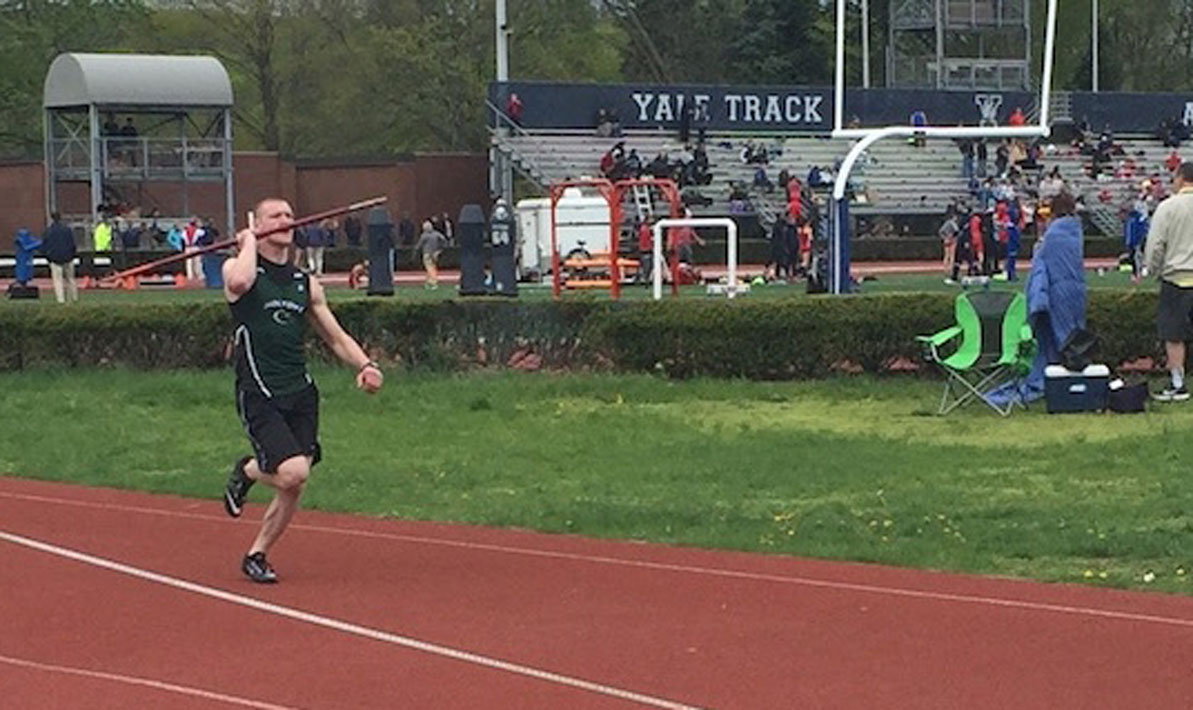 Moriarty graduated from HCC June 2 with honors and his associate degree in Communications, Media and Theater Arts.  Stewart said Moriarty will attend the University of Massachusetts Amherst next fall and intends to throw the javelin next year for school's track and field team.