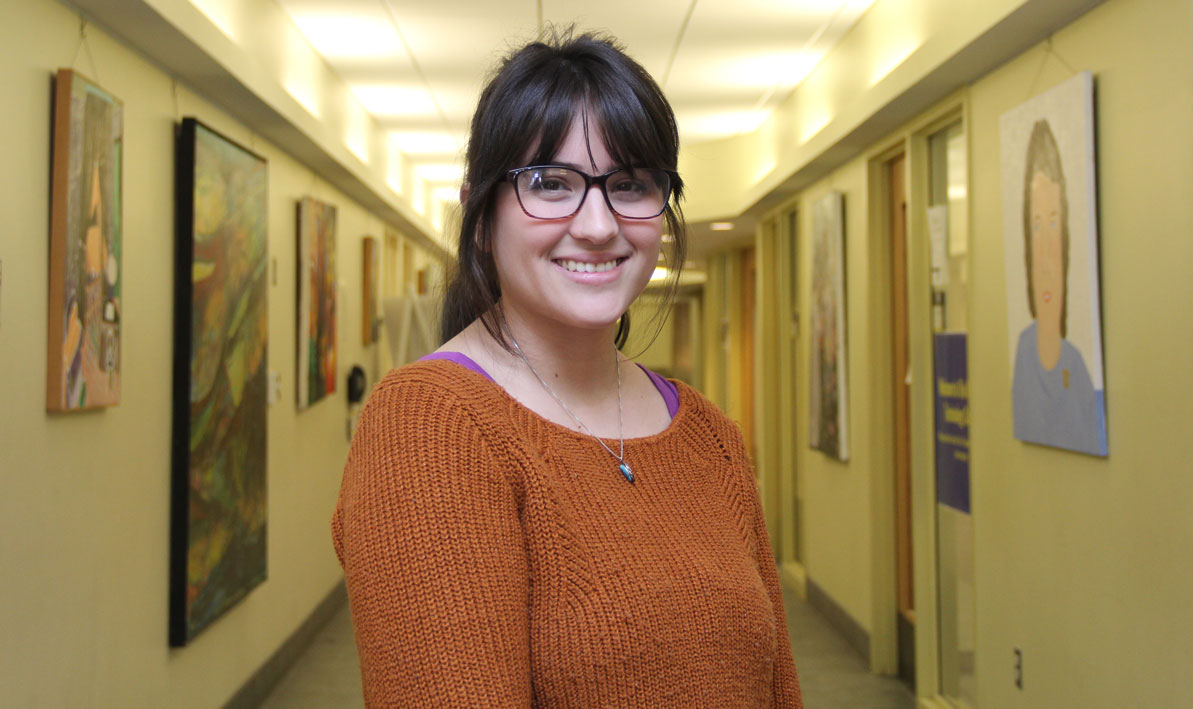 She can imagine it now, a future as a clinical nurse midwife.

More than that, though, Jasmine Errico would some day like to run a community health clinic, or a bunch of them, offering comprehensive reproductive care and other services to low-income women and those struggling with substance abuse. She wants them to be places where women can get birth control and counseling, attend AA and NA meetings and parenting classes, and give birth in a safe, supportive environment.

It is an ambitious plan, but she is already on her way.

At 28, Errico is a trained doula who has attended 14 births since 2015. She is a volunteer with the Prison Birth Project and teaches childbirth education classes on Wednesdays at the Hampden County Women's Correctional Facility in Chicopee.

In May, she will graduate from Holyoke Community College with high honors, a GPA of 3.89, and her associate degree in liberal arts. She has been accepted for transfer to Mount Holyoke College, where she intends to study medical anthropology, and, after that, nursing and midwifery.

"Hopefully I can piece it all together," said Errico, who lives in Easthampton. "At HCC, they really taught me that that it is possible. I didn't have that dream coming in here. I've had the experiences in my life to know that those things are needed, like I've been the mom giving birth, I've been the person who needs help getting sober. But being here at HCC really fine-tuned that. I know exactly what I want to do."

For her academic achievements and her commitment to community service, Errico will be honored May 5 at the State House in Boston as one of the "29 Who Shine," an annual event that recognizes one student from each of the 29 public colleges and universities in Massachusetts.

She will be joined that day by Irma Medina, of Springfield, coordinator of HCC's Pathways Program, who will also be receiving an award as Errico's staff mentor. "Without Irma's constant support and trouble-shooting, my time at HCC would have been much different," Errico said. "She has always been there to advise me, tell me when I'm wrong, tell me when I'm right, let me cry, encourage me to keep going, and remind me why I started to begin with."

Growing up poor, in a family beset by domestic violence and abuse, Errico had never much cared for school. She dropped out in ninth grade.

"I developed a really bad attitude, I like to say. I got in trouble a lot and got into alcohol and drugs, and so I just kind of gave up," she said.

At 19, she earned her GED from HCC, then took a couple of credit classes. She failed them both. "I was still having trouble," she said. "I was homeless at the time. I just never showed up."

Errico tried California for a while, then Boston. At 23, she got sober — then pregnant. "Having my son really helped me focus," Errico said. She gave HCC another shot.

She credits HCC's New Directions and Pathways programs, which target nontraditional and low-income students, for giving her the guidance she needed.

"They were amazingly supportive," she said. "I didn't have to hide who I was at all."

Errico started as a Foundations of Heath major, concentrating on health science. She earned her credentials as a certified nursing assistant at HCC, with the intention of continuing on to nursing school. A course in medical anthropology inspired her to think differently.

"That class really formed what I want to do," she said. "That's where I saw all of the disciplines that I love meet in one place. Birth work, recovery work, hands-on nursing, social justice, reproductive justice — it all just met there."

She had already been working as a volunteer at Grace House, a recovery program in Northampton for formerly incarcerated mothers. There she served as a sponsor for women in recovery, facilitated group meetings, and attended births.

In the summer of 2015, Errico participated in HCC's Organizing for Community Change Leadership Institute. For her OCCLI project, she worked with MotherWoman in Hadley, nonprofit support network for mothers in Hampshire County, conducting research to help the agency better reach low-income women and women of color.

In 2016, she was selected for the Reproductive Rights Activist Service Corp. Summer internship at Hampshire College and paired with the Prison Birth Project, a Holyoke-based nonprofit, where she had already started working as a volunteer doula and teacher.

"Jasmine is a single mom powerhouse who always thinks about how she can help others," said HCC Anthropology professor Vanessa Martinez, Errico's medical anthropology teacher and coordinator of the OCCLI program. "She has strong academic potential matched with a dynamic and caring personality."

In other words, she shines.