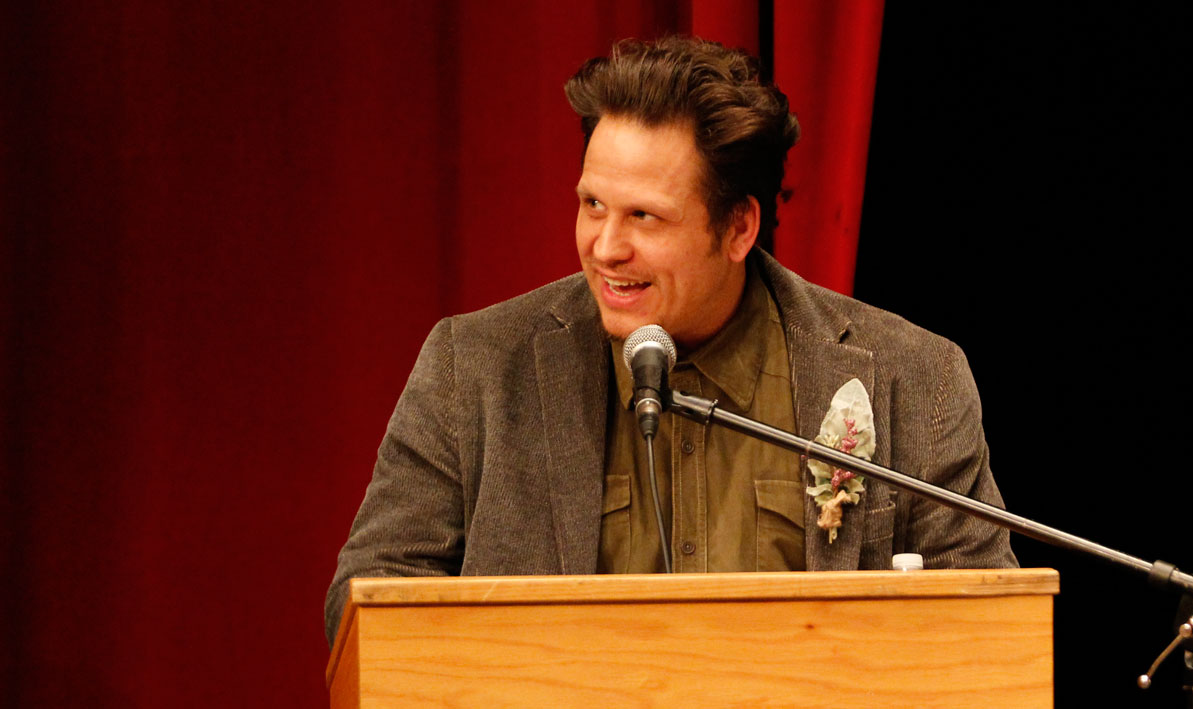 To hear him tell it, Keith Hazel was sitting in HCC's Leslie Phillips Theater one morning two years ago with tears streaming down his cheeks.

On stage was Frances Rivera-Diaz, a Holyoke Community College student and the keynote speaker at "College for a Day," an annual event that brings close to 200 adult basic education students to campus each spring to sample classes and learn about college programs.

Rivera-Diaz talked about her life as a high-school dropout who had persevered through homelessness and dead-end jobs to earn her GED and ultimately found success in college as an engineering major and national STEM scholarship recipient.

At the time, Hazel, then 37, was a student with The Literacy Project in Northampton, preparing for his own high school equivalency test, the HiSET.

"Her story was so inspirational, so profound and touching to me that I cried my eyes out," Hazel said recently in his thick Brooklyn accent. "I'm a big mush, bro."

A couple of weeks ago, on Thursday, March 16, Hazel found himself standing on that same stage giving the keynote speech at this year's "College for a Day," hoping to inspire others the way Rivera-Diaz had inspired him.

"School was once something I dreaded, but then I came to realize how much I love it," he said. "Her speech reaffirmed my decision to further my education."

The Easthampton resident is now in his second semester as a fully enrolled, degree-seeking HCC liberal arts major.

At that "College for a Day" event in March 2016, Hazel learned about "Transition to College and Careers," an HCC program for adult learners who have either never been to college or who have been away from traditional classrooms for a long time.

"Instinctually, I knew TCC was my next step," he said.

"I truly identified with that quote because that's what I had begun to do with my life," he said. "I had always tried to take the easy way out in life and never got anywhere. I was exhausted doing the same things over and over again, expecting different results. But those results never materialized until I decided to take action and do something I had never done."

Through TCC, Hazel learned about computers and career building. He studied math and English. He met people who cared about learning and the power of education. He gained confidence. "My whole life I thought I was too stupid or not good enough because that's what I was taught ... but going back to school changed all that," he said.

Growing up in the Midwood section of Brooklyn, Hazel said, was rough, life at home "unconventional," fueled with drugs, abuse, neglect, crime, violence, divorce. It took a toll.  School was hard. He attended a lot of them — Catholic school, military school, boarding school in upstate New York, another one in Connecticut ("That didn't end well"), public high school in Brooklyn ("Not good"), down to Florida to live with his mother ("That was going good for a while - but then it didn't"). Then it was back to Brooklyn.

In 10th grade, he dropped out.   "After a while my father said, yo, if you don't want to go to school you don't have to, but you have to work," said Hazel. "You can't like do nothing and hang out on the street and get high and get in trouble. I had my first official job when I was 14. I was a stonemason's apprentice."

About eight years ago, he moved to western Massachusetts to help his father and brother run two family stores in Northampton, The Vault and Shop Therapy, where he still puts in 30-40 hours a week. He's fortunate, he said, that he has resources to help him pay for school and support his two children.

Knowing that he had long wanted to go back to school, some friends referred him to The Literacy Project.

"That inspired me to elevate my mind and myself through the learning process," he told the "College for a Day" audience. "For the first time I realized I could change my circumstances through learning."

During his first semester at HCC, Hazel earned all A's and B's and finished with a 3.67 GPA.

"Now, after not being able to form a correct sentence, I am in Honors English. My math scores have risen ... exponentially," he said, laughing along with the crowd, then adding in his thick Brooklyn accent, "which is a math term that means positive, positive, positive, raised to a higher powah."

This spring he's also taking Introduction to Latino Studies, to learn about his Latino heritage. "Yo soy Puerto Rican," he said.   But the most important reason he wanted to go college, he said, was to study American Sign Language with the intention of becoming a professional interpreter for the Deaf.

PHOTOS by CHRIS YURKO: Keith Hazel give his College for a Day speech. 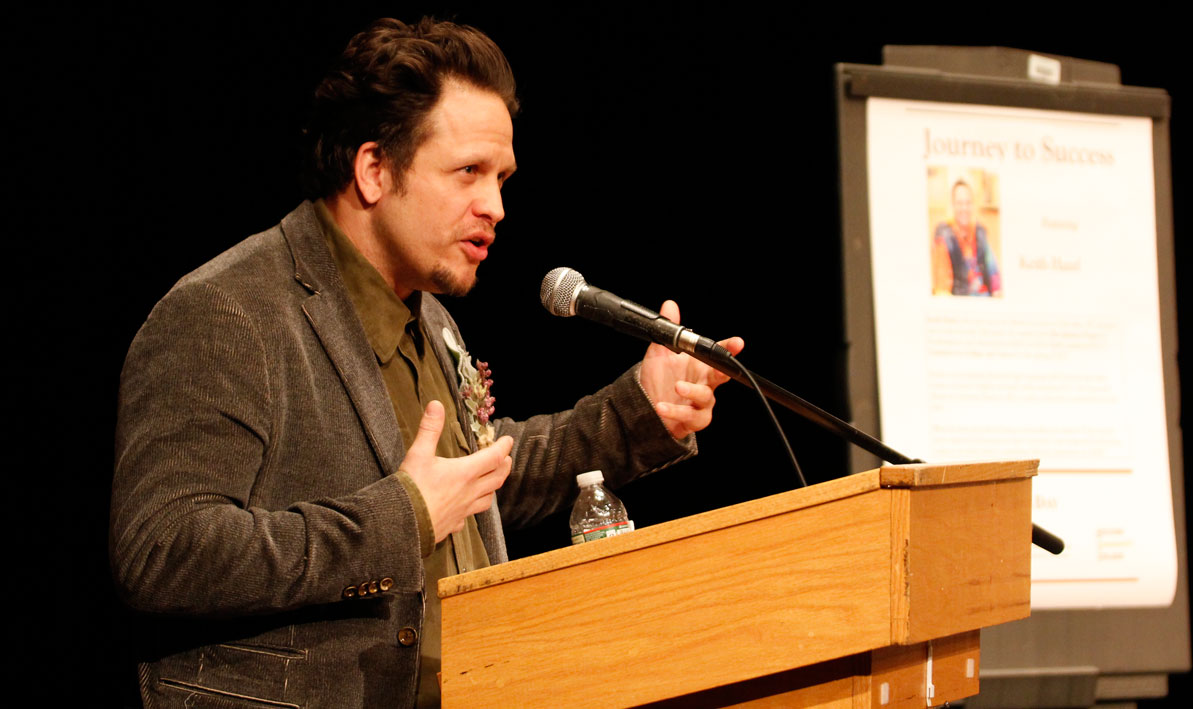