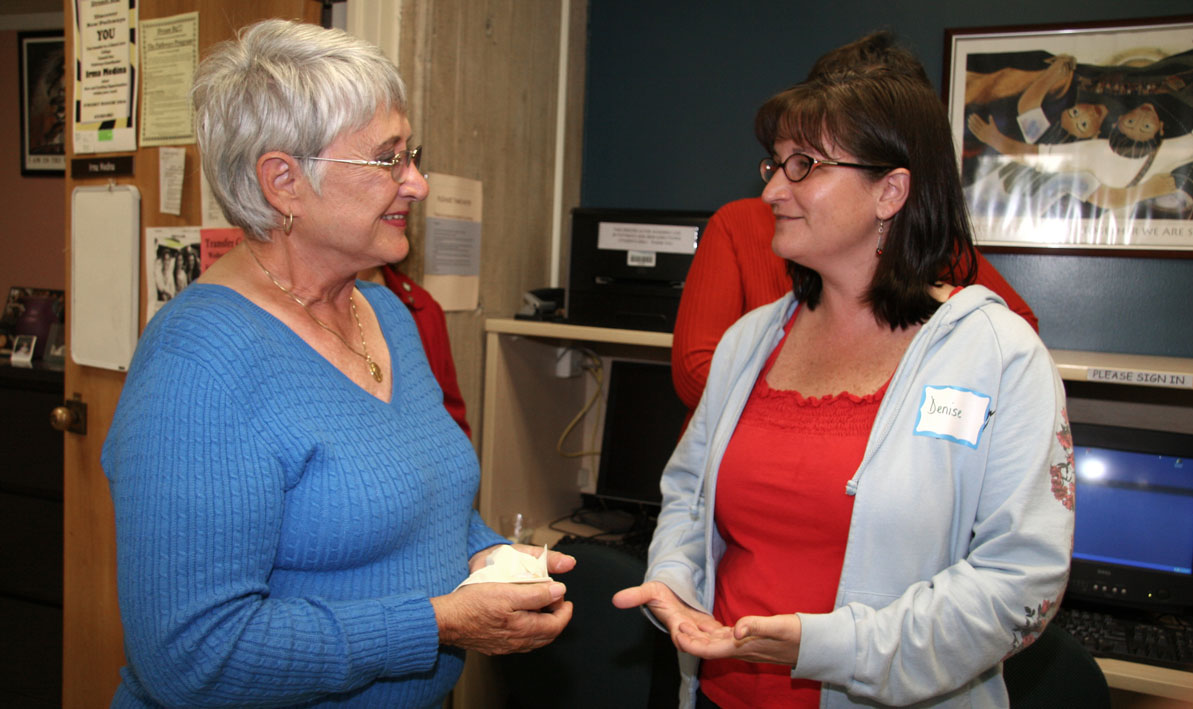 Elaine Marieb once told a reporter that her gifts to Holyoke Community College were but a small token of gratitude to the institution where she had earned her associate degree in nursing and spent 24 years as a professor of biology.

"I figure working there taught me how to teach," she said.

What she learned at HCC as a teacher led directly to her ascent as one of the world's best-selling authors of textbooks on anatomy and physiology.

Marieb's "tokens" to HCC, made in both small and large increments, now exceed $1.5 million, making her by far the largest benefactor in the school's history. Over the years, her donations have endowed student scholarships and an annual faculty award. They have equipped science labs, supported programs for non-traditional students, particularly women, and subsidized major building projects, including the Center for Health Education, which opened in 2015, and the Center for Life Sciences, which opened last fall in the building that bears her name in large black letters – Elaine Nicpon Marieb.

"It's easy to measure in figures what Elaine Marieb has contributed to HCC," said Amanda Sbriscia, HCC vice president of Institutional Advancement, "but the full impact she's had on the college and on the students she taught here and the ones who will continue to benefit from her generosity for years to come – no spreadsheet can tell you that."

Marieb died on December 20 in Naples, Florida, from complications related to Parkinson's Disease. She was 82 years old.

"Elaine's legacy will forever remain part of HCC and we're fortunate that her memory lives on through the faculty, alumni and students she has inspired and will continue to inspire," said Sbriscia.

Indeed, Marieb is not likely to be forgotten on a campus where her name is literally attached in so many places.

The most visible spot is the HCC science building, dedicated in May 2000 with an embossed plaque that bears her likeness and a quote: "Anything is possible."

Marieb was one of the first donors to endow an annual scholarship through the HCC Foundation, beginning her contributions in 1986. Last spring, five students received monetary awards through the Elaine Marieb New Directions Scholarship – designated for non-traditional women planning to transfer to four-year institutions.

Plaques all around campus mark the offices of past recipients of the Elaine Marieb Chair for Teaching Excellence, an annual award she endowed in 1991. HCC history professor George Ashley, now retired, was the first honoree.

"Elaine was a great teacher and colleague," Ashley wrote in an online remembrance from his winter home on the Yucatan Peninsula in Mexico. "She inspired her students and made a course many students dreaded seem possible, partly by writing the best Anatomy and Physiology textbook on the market. And she used a large part of the money she earned from the text to fund better facilities for students and recognize other excellent teachers. I am sorry she is gone, but very happy that I knew her and learned from her."

A 1996 donation funded the creation of the Elaine Marieb Anatomy & Physiology Lab on the third floor of the Frost Building. Her name also graces the Elaine Marieb New Pathways Center, called the Marieb Center for short, which she helped establish in 2008 as a lounge, computer room and study area for non-traditional female students in HCC's Pathways and New Directions programs, two programs that have benefitted greatly from her largesse.

"I returned to college as a non-traditional student, and I know how important this type of support is to these students," Marieb wrote in a 1998 letter to the HCC Foundation that projects her immediate and future support for those programs. "The encouragement and assistance that I received contributed to my success. I feel that the best way in which I can express my appreciation to everyone who helped me succeed is to assist these students."

Marieb was born in Northampton in 1936 and grew up there on the Nicpon family farm.  She earned her first bachelor's degree from Westfield State College in 1964 when she was 28 years old. She continued her education at Mount Holyoke College, earning a master's degree in biology and later a Ph.D. in zoology from the University of Massachusetts. She started her teaching career at Springfield College before coming to work in 1969 at what was then called Holyoke Junior College.

She started writing textbooks on anatomy and physiology to address complaints she heard from her nursing charges about the ineffectiveness of the materials then in use. To inform her teaching and improve her writing, she enrolled in the HCC nursing program to better understand the course content from a students' perspective. She graduated from HCC with her associate degree in 1980.

From there Marieb went on to attain additional degrees from Fitchburg State College (B.S., nursing) and the University of Massachusetts (M.A., nursing, gerontology). All the while she continued to teach and write lab manuals and textbooks.

Marieb retired from HCC in 1993 to devote herself to writing. She is the author or co-author of more than 10 best-selling textbooks and laboratory manuals in anatomy and physiology. In 2016, she ranked number seven on Time Magazine's list of the "100 Most Read Female Writers in College Classes," just behind Mary Shelley at number six and beating out the likes of George Eliot, Alice Walker, Charlotte Bronte and many other famous authors.

Former HCC president David Bartley used to introduce her as "the Stephen King of A&P."

At Commencement in 1996, Marieb received a Distinguished Service Award from HCC. For many years she remained on the HCC Foundation's Board of Directors.

In 2014, she made a $1 million donation to the foundation's Building Healthy Communities campaign to support construction of the Center for Health Education on Jarvis Avenue (home to HCC's nursing and radiologic technology programs) and the Center for Life Sciences (for biotechnology and microbiology) on the first floor of the Marieb Building.

After retiring, she moved to Sarasota, Florida, but during her annual visits to HCC she always made a point to visit the Marieb Center, "the place" she once said, "that has my heart."

Her last visit was in June 2014 after a courtyard barbecue to thank her for her latest gift.

"She had this larger than life reputation," said Irma Medina, coordinator of the Pathways program, "but when she came in here she would let the students be the center of attention. She loved coming here. She loved talking to students."

A note on the cover of a tattered journal asks students who use the center to "say thanks to our benefactor, Elaine Marieb."

"Blessings to you for providing this space," says one entry. "It feels like my safe haven. I am so grateful to be able to come here."

"The thing I will miss most about HCC."

"I had you as an instructor many, many years ago in the nursing program. I learned so much from you and had a wonderful career as an RN. At the age of 59 I've returned to school to follow my childhood dream of attaining a BA in English with a focus on creative writing. Irma Medina has been my advisor in the Pathways program and I've spent many hours of 'womenship' in the Marieb Center. I'm lucky enough to have been accepted into the Frances Perkins program at Mount Holyoke. Thank you."