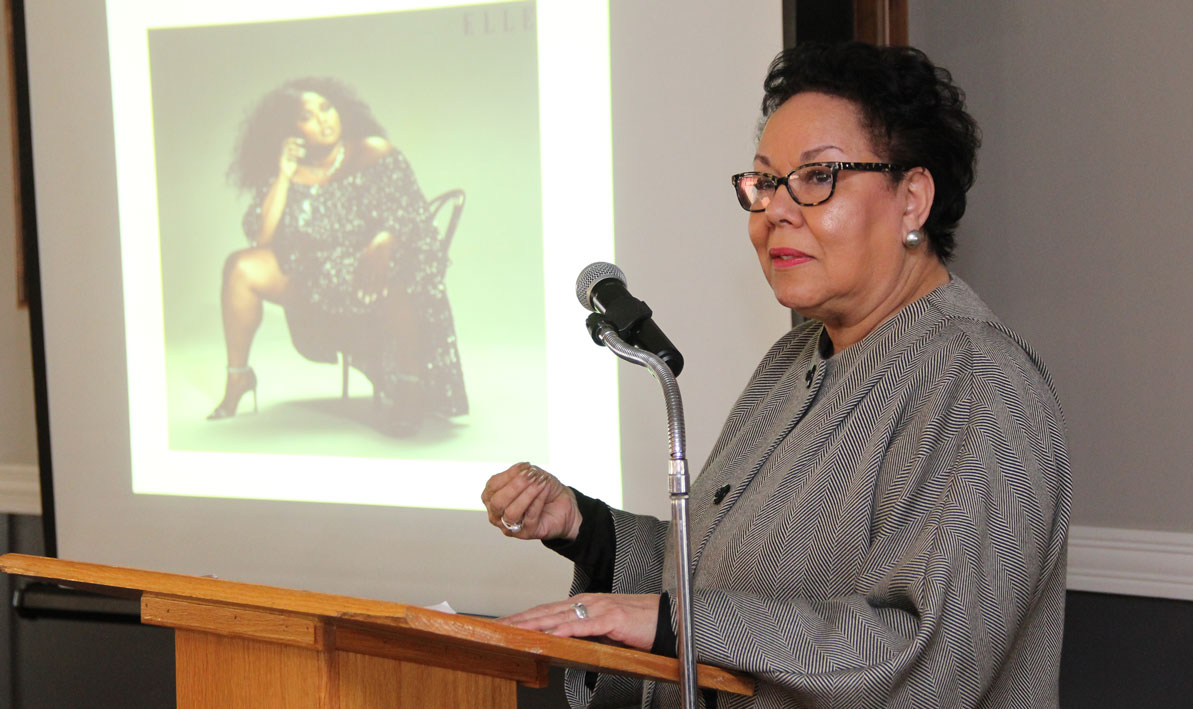 Idelia Smith can remember a Kansas City with trains that had whites-only sections.

"I grew up in a segregated America," said Smith, the keynote speaker Friday at the annual Martin Luther King Jr. breakfast sponsored by the Greater Holyoke Council for Human Understanding.

During her speech, Smith, assistant vice president of Academic Affairs at Holyoke Community College, showed slides that included those from Election Night 2008 when Barack Obama was elected as  America's first black president.

"That was a huge moment, and that was Dr. King's dream come alive," Smith said.

There's far to go but also much to celebrate toward achieving King's dream of equality, of judging people by character and not skin color, she said.

Smith, who lives in Shutesbury, addressed nearly 100 people at the annual breakfast, which was held at the Summit View Banquet House in advance of the Martin Luther King Jr. national holiday on  Mon., Jan. 20, 2020.

"I've watched the evolution of civil rights and the change in my world," Smith said.

Originally from Minnesota, Smith started working at HCC in 1982 in the Cooperative Education & Career Development Department. Her membership on and work with the Affirmative Action Committee led to her appointment as the college's affirmative action officer. A subsequent expansion of her duties to include Title IX led to the additional title of assistant vice president of diversity. She is a recipient of the governor's "Pride in Performance Award" as an outstanding Massachusetts employee and was recognized by the city of Springfield as one of the 25 most prominent African-American women serving her community.

He was born in Atlanta, Georgia, the second child of Martin Luther King Sr., a pastor, and Alberta Williams King, a former schoolteacher.

She urged people who had never heard King's "I have a dream" speech to watch the event on YouTube. King delivered the remarks at the March on Washington for Jobs and Freedom on Aug. 28, 1963.

"'I have a dream that my four little children will one day live in a nation where they will not be judged by the color of their skin but by the content of their character,'" she said, quoting the speech.

She has watched the drive toward realizing King's dream, she said. But racism institutionalized in pillars like the media and education means that reaching the goal remains elusive.

That's because of the belief instilled that people who are different were "those other people, people from the other tribe," she said.

Still, she said, she doesn't believe in "race."

"I belong to the human race," Smith said.

But younger people regard such photos as normal, she said. "I love that it's normal for you," Smith said.

She showed a slide of U.S. Rep. Alexandria Ocasio-Cortez, D-N.Y. The photo of the politician popularly known as AOC drew applause from many in the room including members of the Holyoke High School Madrigal Singers, who performed at the event.

"It's going to take people like this to become representatives in Washington to change legislation, to change approaches and how we view our world, not only for people of color but for women and everyone, because we're not there yet," Smith said.

Originally from Minnesota, Smith came to Holyoke in 1982. She was one of only four persons of color at the college then, she said.

"It's glorious; it's wonderful," Smith said.

She showed slides of black pop stars Lil Nas X on the cover of Time magazine and Lizzo in Elle.

"So what's changed?" Smith said. "Everything, everything. This is Dr. King's dream come alive, every day, all the time. We're not perfect, we have a long way to go, but I see it, I experience it ..."