"I'm here to dispute the stigma that surrounds getting a community college education." – Payton North '15 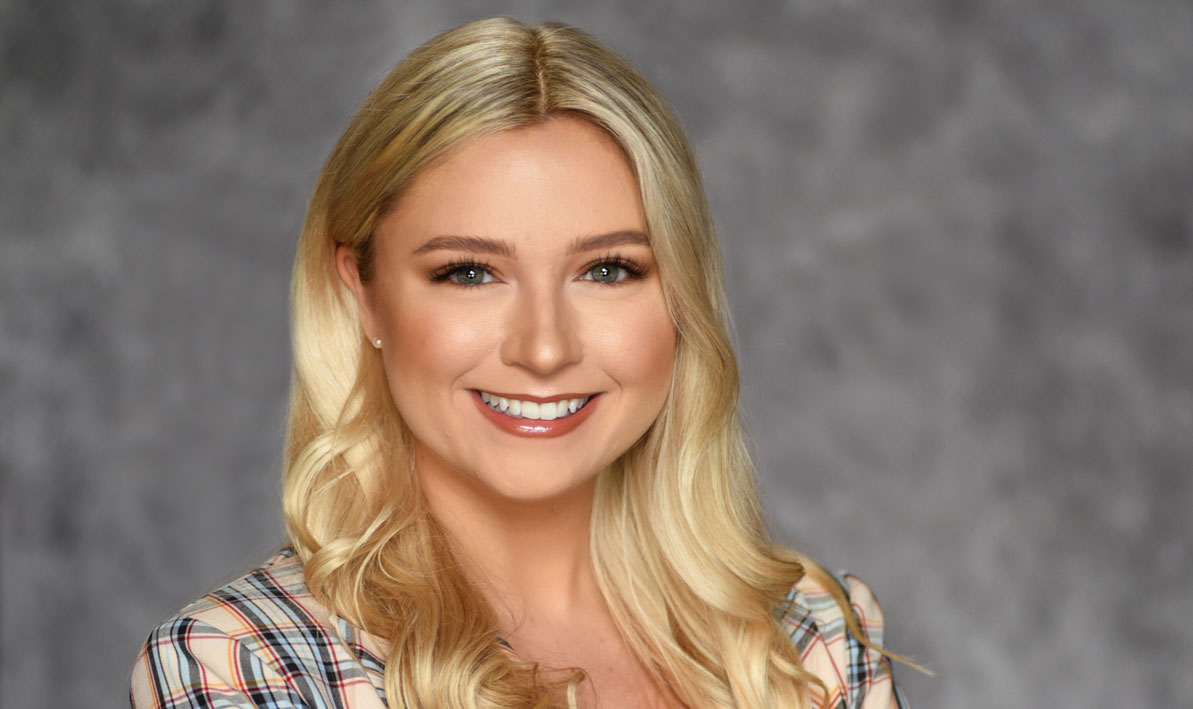 Editor's Note: This column was published in the July 14, 2020, edition of The Reminder under the headline, "Community College: a quality educaton for a fraction of the price." An abridged version appears in the Fall 2020 issue of HCC's Alumni Connecton magazine.

When I was a senior in high school my parents and I made the decision that for my first two years of college, I would be attending Holyoke Community College (HCC). I didn't have a strong desire to "leave the nest" yet, and, as my parents explained to me, there's a big price tag that comes with living at a college - nevermind the cost for paying for the education itself.

While I was totally secure in my decision – I was shocked to hear some of the comments from my peers when I told them where I was going to school.

"Your parents have money, don't they? Why would you go to community college?"

"Don't you get, like, straight A's? You're smart. Why would you go there?"

And my personal favorite – this one was said to me by someone that I had considered a friend at the time.

"Gross. I would rather die than go to community college."

Yikes. Needless to say, that "friend" and I didn't keep in touch after high school.

When I graduated from HCC with my associates, I moved on to Western New England University (WNEU) for my bachelors. Frequently, people used to ask me if that transition was hard - because "there must be such an enormous difference between the level of education I received at HCC versus WNEU."

Nope. No difference. The only difference I saw was the price tag.

The Level of Education

At both schools I had strict professors and relaxed professors, ones that required tons of homework and papers while others relied on quizzes and tests. I saw a passion for teaching at both schools from my professors, and both educational institutions displayed the desire for student success through their tutoring centers, career counselors, and more.In fact, when I was at HCC, several of my professors were teaching part time at the community college, and part time at other private colleges. I even had one professor who taught an online English course for HCC, but was also a professor at Harvard University at the same time. I repeat - I was learning from a Harvard-level professor at the HCC cost.

Here is a basic cost breakdown - which for the sake of this article, I will continue to discuss WNEU and HCC as they are clearly what I know best. With that said, there are plenty of other local colleges (Springfield Technical Community College, Springfield College, American International College, Westfield State University, Smith College) and so many more where cost comparisons can be drawn.

For WNEU's 2020-2021 school year, according to their website, the basic annual costs for someone enrolling in the arts & sciences as well as business programs comes out to $39,216 - not including room and board. For the engineering students, the basic annual costs - again, not including room and board - comes to $40,868. Add room and board onto each of those costs and you're tacking on an additional $14,246.With that said, students don't often pay the "sticker price" for tuition.

Just for the record – I paid about $7,000 more per year than what WNEU lists as their "average estimated cost for commuters" - and I went into the school with fantastic grades and scholarships. I also paid about $2,000 less per year at HCC than their average annual cost, however this was three and five years ago, respectively, so costs change.A savings of $18,796 is a big chunk of money for someone who is 21 or 22 years old getting out of school into an incredibly unstable job market.

Circling back to the comment from my peer who said "You're smart, why would you go there?"

In fact, it looks and feels exactly like every other bachelors degree that students who went to the school for four years received on graduation day. It just cost significantly less for me to get.Don't get me wrong – WNEU is home – it's "family" to me. I fell in love with the look and feel of that campus, the sense of community, and I have such fond memories there - memories so fond that that's where I decided to go to school for my master's degree. I'll sing that campus's praises until the day I die.With that said, I will also sing the praises of the level of education I received at HCC until the day I die, too.

Over the years, I've been listening to the way parents talk about where their kids are going to school. Many parents discuss all of the wonderful schools that their kids got into with such pride (kudos to the parents for raising great kids, and kudos to the kids for getting into these fantastic institutions, by the way.) Soon after parents are done praising their children for their accomplishments, though, the discussion quickly turns to chatting about how expensive the schools are and how financially dilapidating some are.

"My son got into Worcester Polytechnic Institute, his dream school. I had to sit him down and explain to him that when he gets out of college, he's going to be $100,000 in debt."

"My daughter really wants to go away to school in Rhode Island and I just don't have it in me to tell her we can't afford it. I think I'm going to let her go and we'll just have to refinance the house or figure something out."

Occasionally I'll respond to that parent who is expressing financial concerns,

I took a radio reporting class while at WNEU, and I had the pleasure of interviewing Richard Havican of Havican Wealth Strategies in Wilbraham. My radio report was on the cost of education. I had asked Mr. Havican how many parents bring their kids in with them when financially planning for their students degrees. He was surprised I asked, and said that only one parent at that point had ever brought their child in with them to talk money. I found this shocking.

I've gathered from conversations that a lot of parents tend to want to shield their kids from worrying about money. I get that. I'm not a parent yet, so I can't speak for one, but as a parent I'm sure you want to provide for your family and you don't want your kids to have to want for anything. I know I've heard my parents say on multiple occasions that they want my brother and me to have a life better than they did.With that said, having an understanding of money and finances is a part of life. I can't tell you how many friends I have that are now paying back $50,000, $75,000, $100,000 and up worth of loans and are frequently complaining about how they're going to be in debt until they're 35, 40, 45 years old.

These are the same people that are going to be buying houses within the next few years (adding another $100,000, $200,000 plus worth of debt to their name), who need new cars because their old beater is on its last leg, who are considering starting families soon and will have to pay for another mouth to feed.

If you haven't noticed where I'm going with this column already – I'm here to dispute the stigma that surrounds getting a community college education. I don't deny the wonderful experiences that come with going away to college – kids dream about decorating their dorm rooms, the parties that they'll go to, the new people they'll meet. For some people, it's not about dollars and cents. And that's fine - if you're not worried about the money, all the more power to you!

However for those of you who are looking at where our economy is at right now due to the uncertainty of COVID-19, where the job market is, and the fact that many of these educational – both private and public – are going back to school remotely in the fall, I strongly encourage you and your students to consider community college as an option.

Obviously, the larger issue here is the cost of education and the widely debated topic of education reform. With that said – I don't know about you – but I don't see "free college" coming any time soon. So for the time being, there are decisions that we can make to try and reduce the cost of the education we receive.

We can make this a little bit easier on ourselves with some of the choices we make.I don't have any ulterior agenda here – I'm not on the board of any of these colleges, though sometimes I think they should be paying me for recommending them all day long. I simply am speaking from the perspective of someone who recently graduated, is thankful that I'm not saddled with an exorbitant amount of debt, and has no regrets about the way my college career turned out. I still had a wonderful "college experience" – I met many friends, went to many parties, had plenty of fun. Just at a fraction of the price.