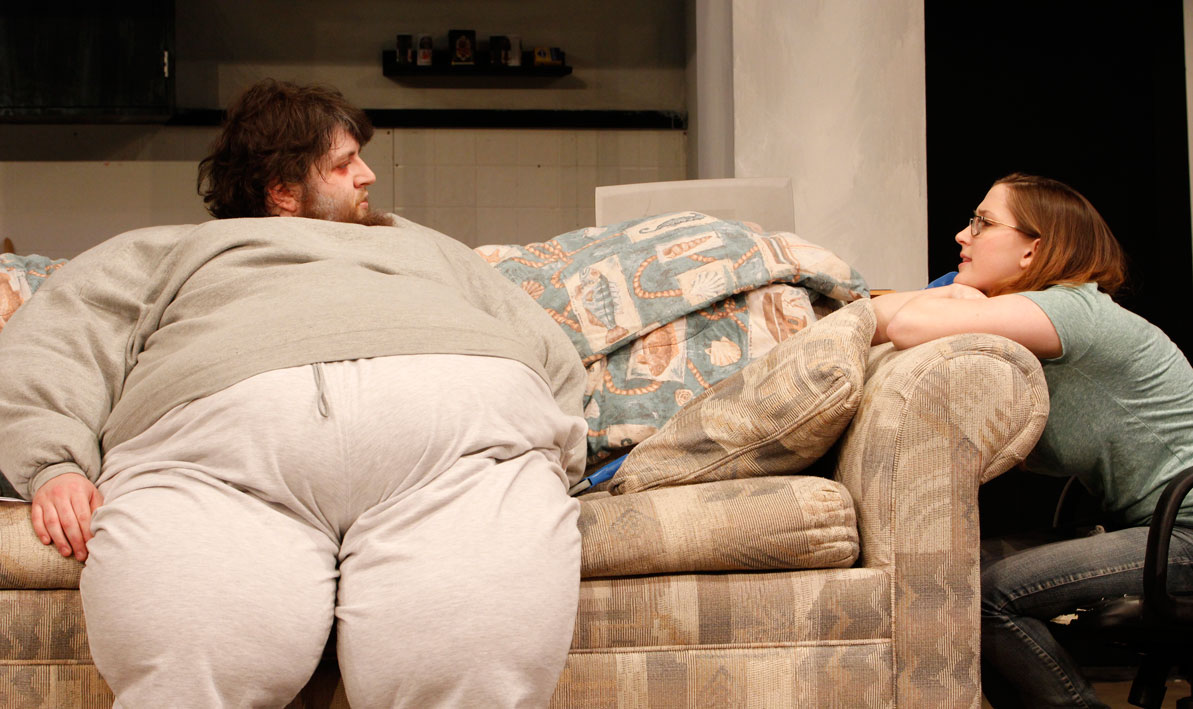 Awards are based on the recommendations of KCACTF respondents who travel the country viewing and critiquing college theater productions. Holyoke Community College belongs to Region I, which means HCC competes against two-year and four-year public and private colleges and universities from the six New England states and New York.

"Theater is a collaborative effort, " said HCC Theater professor Tim Cochran, who directed the play by Samuel D. Hunter last April, "so the ensemble award is particularly meaningful and makes me very proud of our department and our students."

The Whale follows Charlie, a morbidly obese online English instructor as he tries to reconnect with his estranged and rebellious teenaged daughter. The HCC production starred students Karson Baird, of Wilbraham, as Charlie; Kathleen Burke, of Holyoke, as his daughter Ellie; Michael Toledo, of Holyoke, as Elder Thomas, a Mormon missionary; Amanda Delore, of Agawam, as Liz, Charlie's friend and nurse; and Deborah Uller, of Northampton, as Mary, Charlie's ex-wife.

The stage manager was Maddie Riel of Easthampton.

The award was announced Thursday at the New England Region Kennedy Center American College Theater Festival at West Connecticut State University in Danbury. Each year the festival brings together hundreds of theater students and faculty from all over New England to watch plays, attend workshops, audition for theater companies, and compete for a variety of acting and theater-oriented awards.

"It's really a student-focused festival," Cochran said. "Our students love to go to compete. Every year it jump-starts their passion for the theater and keeps them moving forward."

Students who win individual honors move on to compete at the national festival in Washington, D.C.

The biggest reason for students to attend, though, is not for the chance to win awards.

"It shows them that the theater world is a much bigger place than our little piece at HCC," he said. "It gives them some hope they're not the only ones studying theater arts and there are ways of making a living at it."

PHOTO by CHRIS YURKO: Karson Baird, of Wilbraham, as Charlie; Kathleen Burke, of Holyoke, perform in the HCC Spring 2016 production of The Whale.