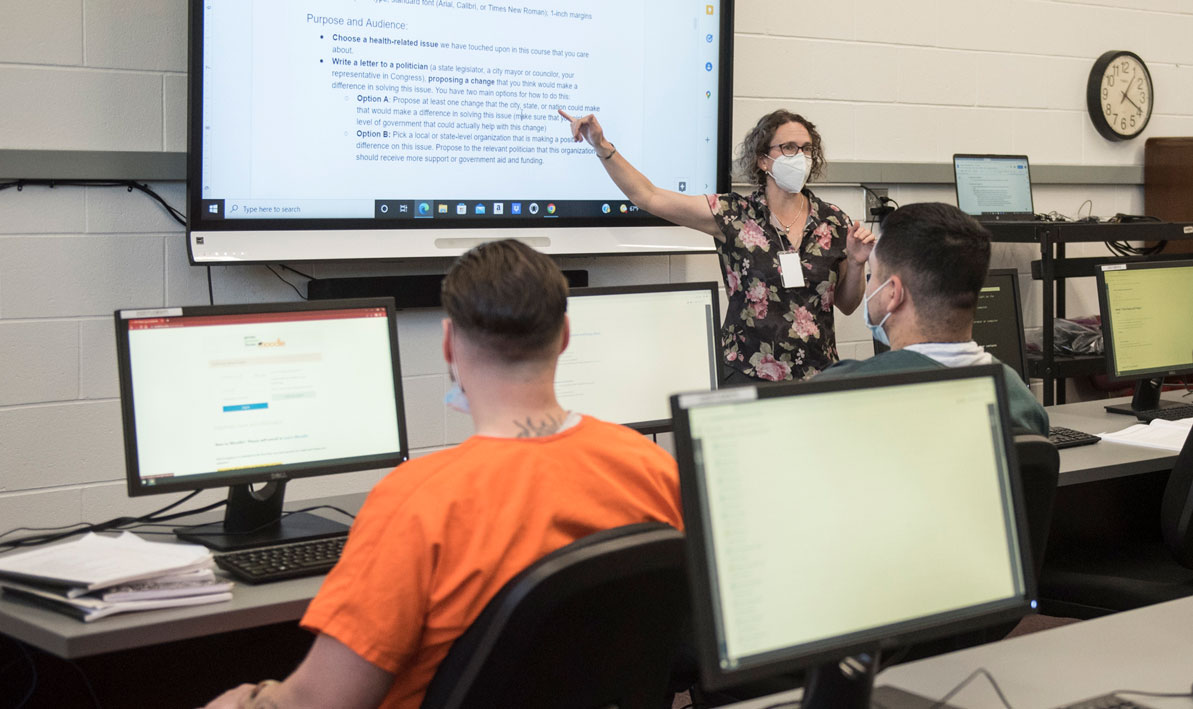 Holyoke Community College has been awarded an $81,605 Bridges to College grant from the Mass. Dept. of Higher Education to expand community outreach to adult learners who have been previously incarcerated.

Specifically, the money goes to Western Mass CORE, an HCC program that works in partnership with the Hampden County Sheriff's Department to facilitate pathways to education for incarcerated and formerly incarcerated individuals.

"Our goal is to teach classes inside jails and connect people with college who want to continue their education, and to do that requires a lot of outreach, advising, and mentoring," said Hendricks. "In the past year, we've been focusing quite a bit on post-incarceration support, working with individuals who are on supervised release or who may be living in a Sheriff's Department facility."

The Bridges to College grant will allow WMass CORE to expand office hours, advising services, and information sessions at the Hampden County Sheriff's Dept.'s AISS facility, located in the WW Johnson Life Center on State Street in Springfield. AISS stands for All Inclusive Support Services (formerly "After Incarceration Support Services"). The grant will also support the hiring of a new community navigator position to lead this outreach work.

This is WMass CORE's third Bridges to College grant as project lead.

"Mary and Nicole's commitment to this population is admirable, and I am so proud of the work they do to serve the community," said Sharale Mathis, HCC vice president of Academic and Student Affairs.

The grant also will provide funding for WMass CORE to host a series of community events, including a monthly children's story hour at the Holyoke Public Library for parents who have been previously incarcerated and their children; and community coffee hours at the HCC MGM Culinary Arts Institute on Race Street.

On March 24, as part of the grant and in partnership with Western New England University, WMass CORE will host an expungement event and CORI-friendly career fair in HCC's Bartley Center for Athletics & Recreation, where formerly incarcerated individuals will be able to consult with lawyers to help have their criminal records expunged.

In the meantime, WMass CORE will continue its work inside the Hampden County Correctional Center in Ludlow and the Western Massachusetts Regional Women's Correctional Center in Chicopee. This spring, at the Ludlow jail, Hendricks will teach a criminology course while Orisich will lead an economics class. At the women's jail, HCC theater professor Patricia Sandoval will teach a fundamentals of acting class.

"That's going to be the first arts course we're offering," Hendricks said. "We will also continue to do a lot of other programming inside the jails, including book groups, which have been a powerful way to connect with students there."